It is, of course, possible to get an adjudication overturned in court, but if the original case is heard only years after the event, things can get complicated 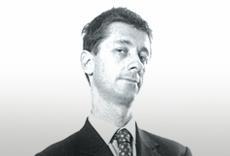 As is well known, adjudication decisions are binding, but temporary. The loser has to pay up, but can, if it wishes, go to court or arbitration to get the whole case reheard. However, a decision can sometimes become permanent as well as binding.

One example is where a relevant limitation period, or time for starting court proceedings, has expired by the time that the losing party takes the matter to the High Court.

That was the position in Aspect Contracts (Asbestos) Limited vs Higgins Construction Plc, which Tony Bingham recently commented on (14 June). Aspect carried out a survey of an estate for Higgins. Higgins alleged that Aspect had failed to spot the presence of some asbestos. The adjudicator agreed, and Aspect duly paid up on the decision.

Higgins started the adjudication four years after the asbestos was found. Aspect then took a further two-and-a-half years to begin court proceedings to get its money back. It is not clear why there was such a delay.

The court refused to imply a term that a losing party to an adjudication had a right, come what may, to go to court to have the matter reheard

However, four years plus two-and-a-half years is more than six years - the normal time limit for bringing a claim in contract (it is 12 years if the contract is under seal). As Tony noted, the judge decided that an adjudication decision does not start the six years running all over again.

To put it in legal terms, the decision does not create a new cause of action for the losing party.

There are two further points of interest in the case. First, it highlights how difficult it is to persuade the courts to imply terms into contracts. So far this year, the courts have
twice rejected arguments for implied terms of good faith in construction and services contracts. Here, the court refused to imply a term that a losing party to an adjudication had a right, come what may, to go to court to have the matter reheard.

As one of the law lords said in a leading case in 2009: “The court has no power to improve [the contract] … It cannot introduce terms to make it fairer or more reasonable. It is concerned only to discover what [the contract] means.” Subcontractors and others preparing claims would do well to remember these words before beginning to type, “It was an implied term of the contract that …”

Second, Aspect raises the issue of what can be done if the limitation period is close to expiry, and the other side is threatening adjudication. In a case heard in 2009, Jim Ennis Construction Limited vs Premier Asphalt Limited, a subcontractor launched an adjudication on its final account just before the limitation period expired. After the decision, the main contractor had hardly any time to get its act together for a challenge in court (in this case, the judge held that there was an implied term allowing it to start proceedings, but that now looks dubious in the light of the Aspect decision).

The judge in Aspect acknowledged that this sort of scenario could be a problem for a party facing a claim. The answer, he said, was for that party to go to court for a “negative declaration”. It is negative because, taking the example above, the contractor will be asking the court to find that it does not owe money to its subcontractor.

These sorts of applications can be tricky, however. They work best if the party making the money claim (for example, the subcontractor on its final account) has already set out the claim clearly and in detail.

Then the party going for the negative declaration knows what arguments it has to meet. But in other cases, it can find itself trying to deal with its defence before it knows what the claim is. The difficulties arise because the party starting the proceedings is, in truth, a respondent.

As the judges in both Aspect and Jim Ennis noted, these problems may not arise all that often. It is unusual for a subcontractor to take five years and 11 months to start an adjudication on a final account. However, claims can lie dormant for years and latent defects claims certainly can arise towards the end of limitation periods.

Despite the difficulties, anybody who gets wind of an impending adjudication close to the expiry of the limitation period should at least consider a pre-emptive strike in court for a negative declaration. The alternative is to stake all on the adjudication, which may be equally risky.