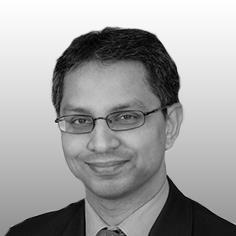 The High Court judgment of Mr. Justice Ramsey in the case of Eurocom Ltd vs Siemens plc shone a bright light on some of the darker aspects of the nomination process for adjudicators.

– confirmed that once a claim had been referred to and/or decided in adjudication it could not be “re-adjudicated”.

In April 2011 Siemens engaged Eurocom as a subcontractor for cabling works at underground stations for around £700,000. Siemens terminated Eurocom’s engagement in August 2012. Eurocom launched an adjudication against Siemens seeking approximately £1.4m. Mr. Matthew Molloy was nominated and appointed via the RICS and in September 2012 Mr. Molloy found that Eurocom owed Siemens £35,000. In October 2013 Knowles Ltd (acting for Eurocom) sent a claim for approx £2.2m. On Thursday 21 November 2013, Siemens received an email from the RICS that a request for nomination had been made and on the following morning the RICS notified Siemens that Mr. Anthony Bingham had been nominated as the adjudicator. On 28 January 2014, after rounds of submissions, Mr. Bingham decided Siemens should pay Eurocom around £1.6m.

During the second adjudication, Siemens investigated how Mr. Bingham got to be appointed, particularly because of the RICS policy that, where there are serial adjudications on the same contract, the same adjudicator should normally be appointed.

The application form asks in a box: “Are there any adjudicators who would have a conflict of interest in this case?” Mr Giles, an unregistered barrister at Knowles, had written: “We would advise that the following should not be appointed”, before submiting a list of candidates, including Mr Molloy.

In the subsequent enforcement proceedings, the court asked Mr. Giles about the conflicts. He stated: “On the same page of the application form there is a box headed “Are there any adjudicators who would have a conflict of interest in this case?”. I largely use this box as a means of stating to which adjudicators, based on past experience, I would not send a referral document: in effect a pre-emptive rejection list. This saves time and money that would otherwise be expended in allowing notices of adjudication to lapse and reapplying for alternative adjudicators.”

He also stated: “With regard to Mr. Matthew Malloy who had adjudicated on a previous dispute between the parties, I considered that he had been inundated with jurisdictional challenges during that adjudication and I thought a fresh mind was appropriate.”

The judge found that the appointment was not valid. Mr. Bingham had no jurisdiction because “there is a very strong prima facie case that Mr Giles deliberately or recklessly answered the question ‘Are there any Adjudicators who would have a conflict in this case?’ falsely and that therefore he made a fraudulent representation to the RICS.”

A party should either try and agree the adjudicator with their opponent, or take pot luck. One party should not be able to influence or narrow the field from which the nominating body makes its selection.
The second important point in the judgment is that a party is not allowed to re-adjudicate matters. If a party is dissatisfied with a decision then their recourse is to go to court (or arbitration).

The judge disagreed with Knowles and Mr. Bingham and stated: “A party who has sought and obtained an adjudication decision dealing with the value of all variations cannot then seek to have another adjudicator determine claims for the same variations by way of a ‘second bite of the cherry’.”

He concluded that Mr. Bingham “in the second adjudication did not have jurisdiction to decide those elements”.

The judgment confirms the prohibition on re-adjudicating the same claim. A party cannot simply repackage claims and seek to re-adjudicate matters. Decided matters are binding in the interim and the proper course for a dissatisfied party is to go to court to have the matter finally determined.