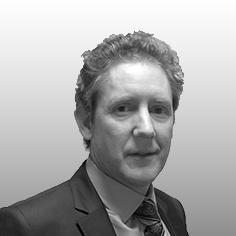 During April 2010 the claimants entered into a contract with the defendant, Webster Construction Limited, for carrying out of building works to their home, a substantial detached house in Cheshire. The contract did not include a dispute resolution clause and as the claimants were residential occupiers the adjudication provisions in the Scheme for Construction Contracts (England and Wales) Regulations 1998 did not apply.

Disputes arose between the parties as to, amongst other things, the defendant’s entitlement to payment under its final valuation. During October 2013 the defendant’s solicitor proposed that the dispute be resolved by adjudication conducted in accordance with the scheme (as amended) “save that the decision…shall be binding on the parties”. Responding via their solicitors the claimants agreed to the proposal.

The defendant commenced adjudication in July 2014 and obtained a decision in its favour in September 2014. In the subsequent enforcement proceedings the judge stayed execution because of the defendant’s financial circumstances but on condition that the claimants paid the amount of the adjudication award into court and commenced court proceedings by 12 December 2014. The claimants complied with both conditions.

However, the defendant then applied for a stay of the claimants’ proceedings alternatively for summary judgment on the basis that the parties had agreed that any adjudicator’s decision would be binding and could not therefore be decided afresh by the court. The defendant argued that in the absence of an express temporal qualification, the ordinary meaning of “binding” was permanent, conclusive, and final. By analogy, the defendant referred to the wording of the HGCRA and the scheme, which provided such temporal qualification to the binding nature of adjudicators’ decisions. Therefore in the context of the agreement reached, the defendant submitted the word “binding” meant that the decision would be permanently binding as opposed to temporarily binding.

In reply the claimants argued that “binding” meant legally binding only and was to be distinguished from the phrase “final and binding”. The claimants further contended that as consumers they were entitled to the protection of Unfair Terms in Consumer Contracts

Regulations 1999 (“UTCCR”) and that contrary to the Regulations 5 and 7 respectively, the agreement to binding adjudication was unfair and/or not expressed in plain, intelligible language.

On a true construction of the agreement made between the parties in October 2013 did “binding” mean finally binding and if so, did the agreement breach UTCCR?

The judge agreed with the defendant finding that the ordinary meaning of the word “binding” had to be considered in the context of the agreement for a scheme adjudication, under which both parties must be taken to have been aware that any decision would only be temporarily binding. He considered the addition of the words “save that the decision…shall be binding” could only sensibly have been intended to derogate from the default position of the scheme. Therefore, the September 2014 adjudicator’s decision had permanently binding effect, and the court was precluded from undertaking a fresh review of the same dispute.

As regards the application of UTCCR, the judge held that any question of unfairness under Regulation 5 did not arise as: (i) the “binding” term had been individually negotiated; (ii) there was no evidence to suggest it had been drafted in advance; and, (ii) the Claimants had been able to influence the substance of the term and indeed had taken the opportunity to do so by instructing their own solicitors to respond to the proposal. Further, the Judge was satisfied, having considered all the relevant factors, that there was no significant imbalance to the claimants’ detriment contrary to the requirement of good faith in the UTCCR.

The judge also concluded that the requirement for plain and intelligible language was satisfied. The normal rules of construction had produced a clear answer so there was no need to consider any other interpretation more favourable to the claimants.

This decision turns on its own particular facts and does not undermine the usual rule that adjudicators’ decisions are temporarily binding and subject to a fresh view from the court or a tribunal. It is however worth noting that the temporary nature of adjudicators’ decisions is derived from express temporal qualifications within the provisions of the HGCRA and the scheme, which can be amended by agreement. Parties should take care to ensure that any specific terms (whether contained within a construction contract or subsequent agreement) which seek to confirm or alter the (temporarily) binding effect of an adjudicator’s decision are clearly expressed and mutually understood.