Before Mr Justice Akenhead in the TCC. Judgment delivered 10 March 2015 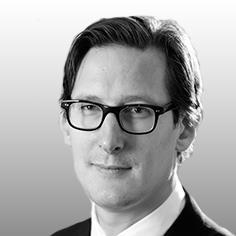 During 2011 Mr Goldswain and Ms Hale (the claimants) decided to convert the cellar below their ground floor flat at 4 Stanhope Gardens, London N3 the Property into living accommodation.

In February 2012 the claimants signed a letter of instruction to Beltec Limited to carry out a survey and provide structural designs for the excavation and underpinning of the cellar. Beltec’s quotation allowed for a single initial site visit and the letter of instruction provided that any subsequent site visits would be charged at £200 plus VAT.

Mr Pistilli of Beltec visited the Property on 24 February 2012 and on 28 March 2012 he sent five design drawings to the claimants. The design proposed reinforced concrete underpinning to be placed under the existing foundations with a one metre section of reinforced basement slab (“a kicker”) being placed below the individual pins so that a new reinforced concrete floor could be installed and tied into the underpinning.

Given the horizontal pressures exerted by the earth on the outside walls of the Property, Beltec’s specification required the underpinning to be carried out in one-metre sections with temporary structural propping between one pin and another to provide horizontal reinforcement.

During September 2012 the Claimants engaged AIMS Plumbing and Building Services Limited (AIMS) to carry out the work. AIMS had previously carried out a similar basement underpinning project and their quotation made reference to Beltec’s design indicating that AIMS had seen Beltec’s drawings and calculations.

AIMS began work on 24 September 2012. On 26 September Mr Pistilli made a site visit which had been requested by AIMS. Mr Pistilli found that Beltec had no drawings on site and he handed over his own copies. Whilst excavation had commenced no horizontal reinforcement had been installed and only a single concrete pin, which had not been constructed in accordance with the design drawings as no kicker was in place. Mr Pistilli advised AIMS to replace the pin and explained how the pin could be rebuilt and the underpinning works progressed in accordance with Beltec’s design.

The underpinning works were completed in October 2012 but did not include the reinforced concrete slab and kicker designed by Beltec.

On 21 November 2012 significant cracks appears in the walls of the Property. On 24 November further cracks opened up on the upper floors and later that day the Property collapsed in on itself.

The claimants issued proceedings against both AIMS and Beltec. AIMS was insolvent did not file a defence.

The claimants alleged a number of failures by Beltec to exercise reasonable skill and care in their design and that Beltec owed them a duty to warn them and AIMS of the dangers in the light of what Mr Pistilli had observed on 26 September.

Beltec asserted that it had exercised reasonable skill and care and that the collapse of the property was due to AIMS’s failure to properly construct the underpinnings, to provide any temporary propping and to provide kickers.

The judge found that on the evidence, no case in negligence has been established in relation to Beltec’s design and specification.

As to the duty to warn the judge noted that the site visit on 26 September was organised through an informal contractual retainer made between Beltec and AIMS. The judge found it difficult to see how Mr Pistilli’s conduct during or following the visit could be considered to be negligent. There was no danger at that stage and the claimants had not established that Mr Pistilli should have realised that AIMS was out of its depth. The judge concluded that a sizeable number of engineers in the position of Mr Pistilli would have done no more and no less than he did which was to advise his client (i.e. AIMS at that stage) to follow the design on the drawings he had provided and to explain what was required. Beltec’s duty to warn was limited to the scope of its single site visit and did not require Beltec to warn of the possibility that AIMS might not follow its design in the future. It was enough for Beltec to explain to the contractor what the design required and to direct that the work already commenced should be redone.

The judge first determined the scope of Beltec’s contractual duties and the services to be provided as any duty to warn can only be considered in this particular context.
A duty to warn will arise when there is an obvious and significant danger either to life or property or where a careful professional ought to have known of such a danger, with regard to all the facts. A Court is unlikely to find liability just because there may have been a future possibility of danger.