From February next year, new health and safety sentencing guidelines will apply. The approach the Sentencing Council has taken is draconian - with hugely increased fines - but is it fair? 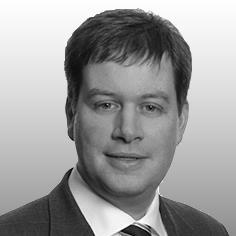 The new guidelines will apply to all health and safety cases sentenced after 1 February 2016, regardless as to when the offence was committed. Fines for the largest organisations in the sector following a fatality will in future be measured in the millions of pounds and for the worst cases potentially tens of millions of pounds. Currently the typical fine for the worst health and safety offences is between £250,000 and £500,000. Even for a small company in the sector, defined as having a turnover between £2m and £10m, future fines following the guidelines could be up to £1m in the event of a fatality.

The guidelines set out in detail the approach magistrates and judges will have to adopt when sentencing health and safety offences. In simple terms they will need to consider:

It is clear from these guidelines that courts will be mandated in the future to ensure that fines are sufficiently substantial to have real economic impact on the defendant. This approach is intended to bring home to both shareholders and managers the need to provide a safe working environment. Under these guidelines the penalties for an established shortcoming will be huge and many times more than is now the case.

The approach to be adopted in future by the courts on sentencing could properly be described as draconian. For those organisations that chose to flagrantly ignore legislation and guidance, it is plainly right that they should be punished accordingly. In our experience, however, most defendants brought before the courts are well intentioned and have properly considered and tested procedures designed to prevent harm to those who could be affected by their activities. If there is an isolated failing within that organisation, do they also deserve to be severely punished?

The Sentencing Council appears to have overlooked the reputational and consequential damage caused by a conviction for health and safety offences. All health and safety convictions attract significant media attention. Convictions will almost certainly be required to be disclosed in future tenders which may impact on their ability to win future work. This damage already provides both punishment and acts as a deterrent against future offending; do those organisations also need to be hit with significantly increased fines as well?

The announcement of increased fines coincides with a period when work related fatalities are at an almost all time low. The UK has one of the best safety records globally. The unintended potential consequence of these guidelines could be that global organisations that suffer significant fines will decide that future global investment will be directed outside the UK where the sentencing regime is far less rigorous.

There is no doubt at all that health and safety offences deserve punishment and in the worst cases of offending that punishment should be significant. All workers are entitled to a safe place of work and members of the public should not have their safety affected by the activities of others. There is also a need, however, to make sure that the punishment following a conviction is both just and proportionate having regard to all of the circumstances.

The message to those in the construction sector is very plain. Re-double all efforts and checks to make sure your operations are as safe as they can be. The consequences of failing to do so may well be extreme.

Kevin Elliott is a partner in Eversheds