A-Z of key construction law cases: An early adjudication case that shows that even when an adjudicator gets things wrong, their decision can still be upheld by the courts 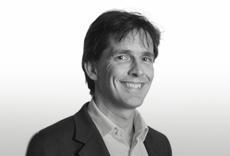 B is for Bouygues vs Dahl-Jensen. The decision in the first case on adjudication to reach the Court of Appeal provides a clear and enduring statement of how the courts will uphold an adjudicator’s decision if the adjudicator answers the right question, even it if is answered in the wrong way.

While the decision may seem a bit harsh, it reinforces the point that adjudication is intended to give the parties a quick and interim decision

Both notices to adjudicate were referred to the same adjudicator and it was agreed that Bouygues’ claim should be treated as a counterclaim to that of Dahl-Jensen. 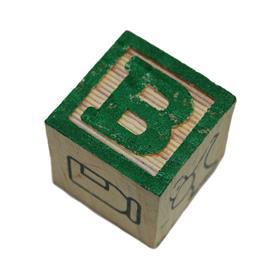 The adjudication was conducted under the Construction Industry Council Model Adjudication Procedure, requiring that the parties “shall implement the adjudicator’s decision without delay whether or not the dispute is to be referred to legal proceedings or arbitration”, which reflected section 108(3) of the Construction Act. Despite this seemingly clear language, Bouygues contended that upholding the adjudicator’s award was unjust, particularly as Dahl-Jensen was in liquidation, which effectively meant that any payments to it would be irrecoverable.

The trial judge held that the adjudicator had the jurisdiction to answer the question put forward and the decision made was, therefore, binding on the parties and subject to summary judgment (that is, could be enforced by a court order without any further trial of the issues). Bouygues launched an appeal against the judgment but the Court of Appeal upheld that the trial judge had correctly stated the law and rightly applied it to the facts of the case.

While the decision may seem a bit harsh, it reinforces the point that the adjudication procedure under the Construction Act is intended to give the parties a quick and interim decision (or, as it was later put in Carillion vs Devonport Royal Dockyard, “The need to have the ‘right’ answer has been subordinated to the need to have an answer quickly.”). This Court of Appeal noted that “…unfairness in a specific case cannot be determinative of the true construction or effect of [adjudication] in general”.

The Court of Appeal judgment may have been given in 2000 when adjudication was still a relatively new process but the “doctrine of unreviewable error of an adjudicator within jurisdiction” is now known in the Technology and Construction Court for statutory adjudication (see Steve Domsalla (trading as Domsalla Building Services) vs Kenneth Dyason (2007)). In the recent case of Urang Commercial Ltd vs Century Investments Ltd (2011), the trial judge referred to Bouygues vs Dahl-Jensen when stating that “it is now firmly established that an error of law or fact made by an adjudicator when deciding an issue referred to him is no defence to an application to enforce the award”.