Bahrain: Construction opportunities in the ‘land of the two seas’ 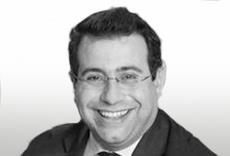 Bahrain, ancient site of the immortal land of Dilmun, a pure and sacred place known as “the Pearl of the Arabian Gulf”. But on a more mundane level, it’s a place with opportunities for UK construction.

Bahrain may occupy just 277 square miles, with a population of around 1.2 million but it is the UK’s fastest growing market in the Gulf, with exports up by about 25% in 2012. Linked by the King Fahd Causeway to the key Eastern Province and GDP powerhouse of Saudi Arabia, it remains, despite keen competition from Dubai, a major financial and logistical centre and is the Gulf leader in Islamic finance. A skilled workforce, zero taxation for private companies, few indirect taxes for private enterprises and individuals, free movement of capital and the first GCC nation to permit 100% foreign ownership of business assets and real estate in most sectors of the economy combine to make a strong business case.

Infrastructure projects feature in its plans, road schemes, a rail link to Saudi Arabia and an upgrade for Bahrain International Airport plus a government housing strategy to build over 50,000 houses by 2017, not to mention 1.5 million Bahraini dinar (say £2.5 billion) to be spent on sanitary projects between now and 2030. And Bahrain likes British companies, with nearly 100 already doing business there.

It ranks 42nd out of 185 countries in the 2013 World Bank ease of doing business tables and jumps to a dizzy 7th place in the tables for construction permits. Its Civil Code is based on the Egyptian Code, in line with other Gulf states, so the legal framework for construction contracts will look familiar to contractors who work in the region, but not identical. For instance, the expected decennial (literally ten year) liability is just five years in Bahrain (Article 615) so local legal advice is, as usual, a must.

Enforcing contracts through the Bahraini courts is inevitably a great deal slower than obtaining a construction permit (with a World Bank ranking of 113 out of 185) but Bahrain has a positive and modern approach to arbitration. International commercial high value (more then 500,000 Bahraini dinar, say £850,000) claims and those involving a party licensed by the Central Bank of Bahrain that would otherwise go to the Bahrain courts are, by law, referred to “statutory arbitration” in the Bahrain Centre for Dispute Resolution. The BCDR was established in 2009 in partnership with the American Arbitration Association, whose Rules have been adopted, with little change, by the BCDR, and the BCDR is said to be the world’s first “Free Arbitration Zone”, which means that a Bahraini arbitration award cannot be challenged in Bahrain, so long as it is not being enforced in Bahrain and the parties have agreed in writing that Bahraini law does not apply and that any challenge will be before a competent tribunal in another state.

International arbitrations can also choose to use the BCDR, in the knowledge that Bahrain has signed up to the New York Convention and that its arbitration law is based on the UNCITRAL Model Law. Since 1995 the kingdom has also hosted the Gulf Co-operation Council Commercial Arbitration Centre.

You don’t need to be a Formula One motor racing fan to have seen the press reports headlining the anti-government protests and unrest that spring from the ongoing political debate as to the need for reform and the tensions with the Shia community and opposition.

But Bahrain has a plan, the 2030 plan, a “comprehensive economic vision”, to shift its economy away from oil (13% of GDP) to a more diverse economy, to look to the private rather than the public sector to stimulate growth and to provide better services, jobs, training and skills development and quality of life for all Bahrainis. And, significantly, Bahrain’s continued stability is important to its powerful neighbour, Saudi Arabia.

In the Transparency International corruption tables Bahrain ranks 53rd out of 176 but the 2030 plan talks of rooting out corruption.

Ultimately the construction business is, of course, all about risk and, as the British Ambassador has recently said: “…if you don’t go for the business, your competitors will.”