Standard construction contracts are often unsuitable for MMC projects, so housing providers should have the right protections and agreements in place

The concept of using modern methods of construction (MMC) is still in its infancy, but its popularity has started to grow thanks to the unique benefits it offers. The newly announced MMC taskforce is likely to increase this momentum, generating more funding and giving developers the confidence to give the route a try. 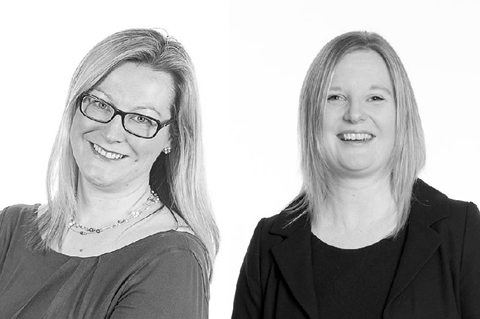 What is not widely known, however, is that standard construction contracts are often unsuitable for MMC projects, which could cause issues later down the line.

MMC is most often used in connection with modular housing. The structure of the home is built off-site in a factory environment, and then delivered to the development site for assembly.

MMC contractors work to set design patterns, meaning each element of the home can be crafted quickly and efficiently. Once manufactured, the structure can then be assembled on site, in a matter of days or weeks, rather than several months. This reduces disruption for neighbouring residents and enables owners to move in faster than if they were waiting for a standard new-build.

Although there is a stigma attached to the word “prefabricated”, with some associating it with rushed or poor construction, the opposite is in fact true. The controlled factory environment allows for greater supervision and stricter testing, ensuring that every home is constructed to an extremely high standard and with high energy efficiency credentials.

Unfortunately, at present there is not enough demand for MMC for it to be an economical choice for every developer. In the social housing space, however, registered providers (RPs) are leading the way, encouraged by the potential that MMC holds.

Speed and quality are their priorities, and that is exactly what MMC can provide, resulting in more housing units for their tenants and residents.

As more RPs – and other developers – head down the MMC route, better awareness is needed regarding the differences between modular and traditional housebuilding. For instance, the off-site nature of MMC means a standard construction contract will not offer the security required.

Each MMC contractor uses their own designs, which may be protected by copyright

If a standard build is halted before completion, due to insolvency or breach of contract, then the developer still has a structure to work with. On the other hand, should production stop on an MMC build, with the parts off site, then the developer could be left with nothing.

Each MMC contractor uses their own designs, which may be protected by copyright, so it is unlikely that another company could complete the build. As such, developers must consider the safest way to finance these projects, to avoid throwing money away on a product they might never receive.

Traditional contracts involve monthly payment installments, with developers able to monitor the process of the build and adjust the payments as necessary. However, stage-by-stage payments offer better security for MMC projects, with developers sometimes unable to inspect the in-factory construction process. Drip-feeding payments at key points in the project instead of at set intervals reduces the risk of being left out of pocket.

Developers should also keep in mind that any damage found during the assembly of an MMC home may have to be fixed off site. Returning the structure carries both financial and logistical costs, which the developer may have to cover, should the contract fail to cover this eventuality. If the MMC provider is a branch of a larger construction company, then it may be wise to secure a parent company guarantee for increased security.

Because the entire structure is delivered in one go with MMC, the handover process is less clear

On a similar note, “ownership of materials” is another aspect of MMC that differs from traditional housebuilding. Usually, ownership is passed from contractor to developer on delivery. However, because the entire structure is delivered in one go with MMC, the handover process is less clear. As a result, this should be discussed between contractor and developer to avoid disputes at a later stage.

A build timeline should also be agreed before a developer signs on the dotted line. Particularly for RPs, it is important to know when the housing should be completed, so they can keep both clients and the local authority (LA) informed.

Having a clear plan will not only help with gaining planning permission, with some LAs not necessarily aware of the MMC process, but it will also enable a sales approach to be decided so that houses are filled quickly rather than sitting empty.

With housing developed by RPs often intended for the rental market, aftercare is another aspect to be discussed. Maintenance of MMC homes should be lower than that of traditional builds but, with little evidence from past builds to go on, expectations must be laid out in the contract.

The MMC taskforce should boost awareness regarding off-site homes, promoting its benefits and accelerating its roll-out. Until MMC homes become part of the norm, however, contracts must be as secure as possible – and created with the unique aspects of MMC in mind.