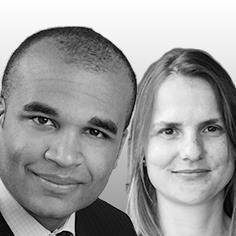 The 2014 World Cup preparations shone a spotlight on Brazil’s efforts to expand and improve its infrastructure. Whilst predictions of disaster proved unfounded (for Brazil’s infrastructure, if not its football team), significant challenges remain. In a country ranked 79th by the World Bank for overall infrastructure quality (behind Pakistan, Algeria and the Gambia), infrastructure development is central to medium and long-term government planning. This presents opportunities for UK contractors and consultants.

In 2012 Brazil’s government launched the Logistics Investment Programme – a planned US$121 billion, 30-year investment in highways, ports, airports and rail (including a high-speed link between São Paulo and Rio de Janeiro). A rapid start has been made, with concessions for five of Brazil’s most important airports being tendered in 2012 and 2013. Further tenders are expected following October’s presidential elections, including a number of significant highway concessions, most likely in early to mid-2015. Perhaps reflecting a recognition of the benefits that overseas experience and expertise can bring, the participation of foreign companies in Brazilian public procurement is on the increase.

Operating in Brazil is not without its challenges. There is a legacy of restrictive rules and practices in relation to foreign investment dating back many years. Whilst serious efforts have been taken to address these, there is more to do.

Most foreign companies doing business in Brazil do so though a Brazilian limited liability company (a “limitada”). A company wishing to engage in infrastructure projects in Brazil will have to deal with several public organisations, some of which are more helpful than others. A local partner experienced in navigating local regulations, whilst not mandatory, can certainly be helpful.

Brazil ranked 72nd out of 175 in Transparency International’s 2013 Corruption Perceptions Index. Federal Law 12,846/2013 has recently been introduced to bolster anti-corruption legislation, establishing civil and administrative sanctions for companies involved in corruption. It remains to be seen, however, how this law will be applied.

Save for a very limited number of exceptions, public procurement in Brazil is by tender, generally governed by the provisions of Federal Law 8,666/1993. A simplified procurement law, Federal Law 12,462/2011, introduced a streamlined procedure in relation to construction for major sports events (e.g. the Confederations Cup, 2014 World Cup and 2016 Olympics) and the public education system. Careful attention must be paid to the terms and conditions for tendering, since even minor non-compliance may invalidate the tender.

Public-private partnerships (PPPs) are permitted in Brazil (for projects valued at 20 million Reals - approximately US$8.7 million - and over), and governed by Federal Law 11,079/2003.

Federal Law 9,307/1996 sets the governing framework for arbitration in Brazil. Following the enactment of this law an increasing number of government contracts have provided for arbitration. This is reflected in the airport concessions discussed above, which provide for arbitration under the ICC rules, in the Portuguese language and with a Brazilian arbitral seat.

Brazil ratified the New York Convention in 2002, and Brazil’s courts have a good record of upholding arbitral awards. Local courts will enforce a foreign arbitral award as a matter of course, provided that it has first been validated by the Superior Court of Justice, Brazil’s highest court for non-constitutional matters. Enforcement can only be refused in limited circumstances, and decisions over recent years confirm the readiness of the Superior Court of Justice to validate foreign arbitral awards.

Brazil has recognised the importance of infrastructure to its growth and development goals. This is reflected by the levels of investment being committed, and the legislative efforts to provide an effective governing framework, conducive to both domestic and overseas participation and investment. Large-scale infrastructure projects in Brazil have often proved very profitable for investors, and, given the scale of the task ahead (and with the 2016 Olympics just around the corner) opportunities abound. This perhaps explains why, despite the challenges, over recent years investors, contractors and consultants have joined the world’s sports fans in heading to Brazil.