The prime minister’s handling of Brexit bears uncanny parallels to poor management of construction projects – so what can we all learn from this? 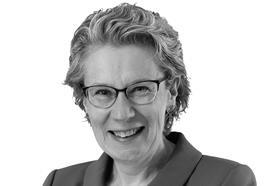 Back in the day – the end of January – when we still had some hope that Brexit might proceed in a reasonably orderly fashion, Suzannah Nichol, chief executive of Build UK challenged three current and former Building columnists – James Wates, Diana Montgomery and me – to predict where the UK would be at a minute past midnight on 30 March.

It’s fair to say that none of us predicted the MPs vote to potentially take control of the Brexit process … However, as I write this in the final week of political theatre before 29 March, it looks like James Wates was the closest with his prediction that we would have an extension of time. But speculation that we would have left the EU without a deal or that there would be an eleventh hour deal are, it seems, still possible.

With Theresa May as the Brexit PM (project manager), we seem to have adhered very closely to the infamous seven stages of bad project management.

The challenge – as May well knows – is how to define, measure, value and prioritise potential outcomes when there are competing and conflicting demands

The decision to call a referendum and the result itself were met with both 1) wild enthusiasm and 2) disillusionment, so we set off at a good pace. The snap election in 2017 brought us 3) confusion, the last couple of months could only be described as 4) panic and May’s rounding on parliament has started 5) the search for the guilty. So hopefully we now only have 6) punishment of the innocent – perhaps the civil-service fall guys, and 7) promotion of the non-participants – a new prime minister? – to get through.

Meanwhile Jeremy Corbyn’s walk-out from belated cross-party talks last week bears the hallmarks of a specialist contractor who would rather walk off the job because of trade demarcation lines rather than work in a slightly different way for the good of the overall project.

Whatever happens with Brexit, people’s faith in political leadership has fallen sharply – but perhaps there is a lesson our industry can learn. What has been played out in media technicolour over the past three years has close parallels to industry worst practice. But since Carillion’s fall and the Grenfell tragedy, I have witnessed a real movement for change in the industry – and just maybe this political debacle will add momentum.

Unless we understand the outcomes we are trying to deliver, and the value of those outcomes to those who are paying for them and will use them, then projects and programmes (and prime ministers) are doomed to fail. The challenge – as May well knows – is how to define, measure, value and prioritise potential outcomes when there are competing and conflicting demands.

As part of a cross-industry working group set up to make lasting improvements to construction industry performance, I have been working both in my role as lead on supply chain and business models for the Construction Leadership Council and as global board director at Rider Levett Bucknall on this value challenge.

The procurement route and form of contract are critical to delivering successful projects, but these decisions should be made when the client is fully informed about its value options.

Dare I say this is where May made her biggest mistake? Instead of building a parliamentary and UK-wide consensus on what the final Brexit outcome should look like and what is truly non-negotiable, she established a series of conflicting red lines to appease different stakeholders.

As with Brexit, what we commonly see in construction projects is a qualitative – or even an emotive – assessment of many of these tradable elements, which makes them impossible to compare. This ultimately means that project delivery ends up at just-compliant performance for minimum cost. The sort of delivery that ultimately satisfies no one and in the long run usually works out more expensive to live with. A portent for our future relationship with Europe?

But it could have been so different. Using a simple methodology – and working with stakeholders – clients can (and do) agree:

This requires much more lateral thinking and good-quality data on the part of project teams – but much of this value data has been captured by government economists and is readily available. Other values will have to be drawn out of the client through facilitation or benchmarking against similar projects or programmes.

By incentivising the creation of value, or the maintenance of value at a lower cost, this methodology has been used successfully to draw together and align the whole project team to deliver the optimum solution. Where this has been done, clients have seen significant increases in value added and reductions in capital cost.

In the words of my PM mentor: if it was easy they wouldn’t pay you. Here’s hoping that our PM – and MPs – have grasped the magnitude of the responsibility they are carrying.