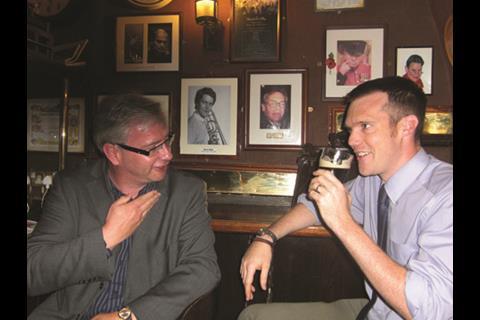 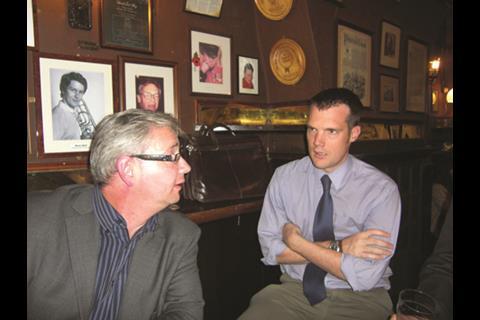 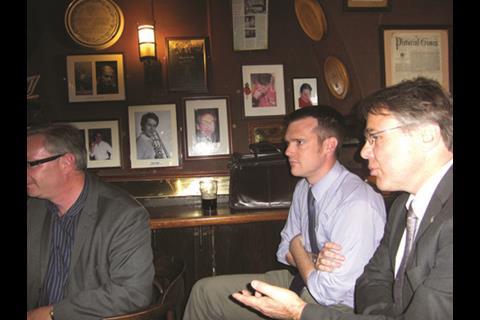 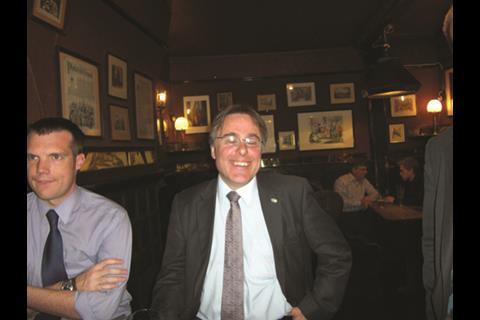 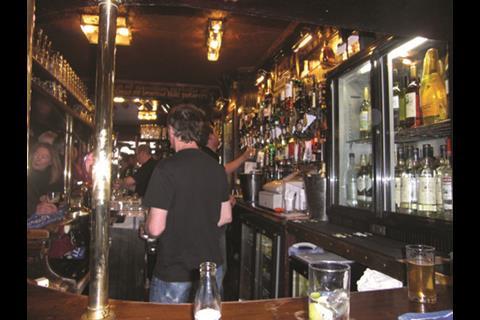 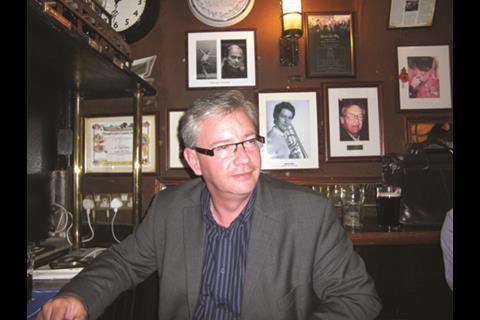 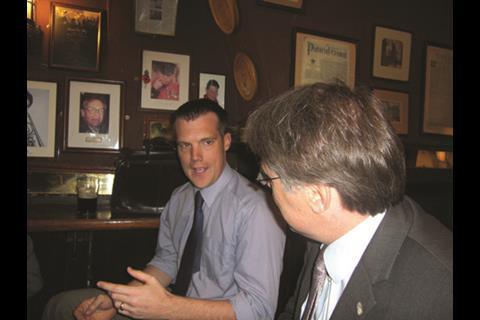 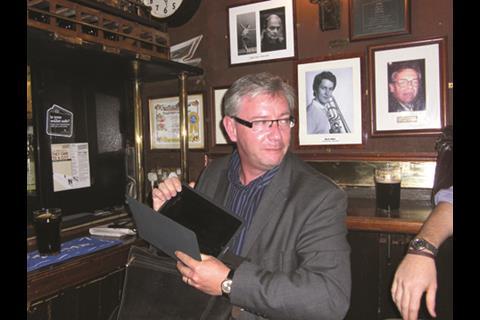 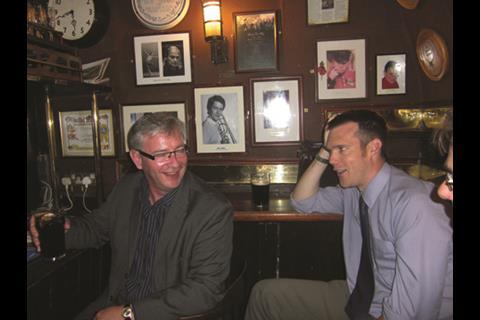 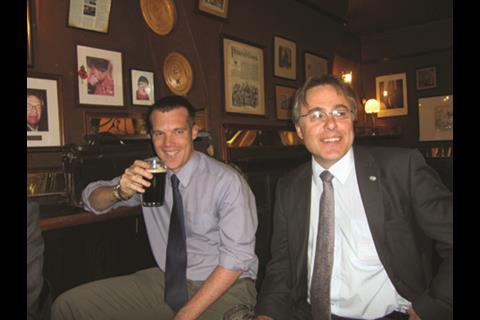 This week, Building went to Covent Garden and found out how engineers do social media and DIY

Despite this being “Building buys a pint”, Derry insists on buying the drinks. What a gentleman. “Take a picture of me buying the drinks!” So just glory hunting, then? Derry’s posing reminds Ian of something and he asks: “What are you thinking about in your LinkedIn picture, Derry?” - which sends both men into hysterics. “That’s my ’man from Next’ pose - taken on my Mac webcam at home”.

Thus begins a conversation on Derry’s favourite topic - Apple. “I’m an Apple fanatic!” he says, very earnestly. Does he have an iPad? “Does Derry have an iPad?!” Michael laughs and all three men swap looks as Derry takes out his latest purchase (“I passed the Apple shop on my way over here”) - a magic mouse for his wife, Helen: “She bought me the iPad so I bought her a mouse.” The perfect trade-off.

We move - reluctantly - away from Apple, but stay in the world of gadgets and computers and talk about social media, something else Derry is a big fan of. “When Derry first brought [social media] to the partners, we viewed it sceptically,” says Michael. “To an extent some still do - those from a certain generation
(I suppose you could say ’us’) but we have embraced it - it’s the way forward.” Twitter and LinkedIn are Derry’s social mediums of choice: “We push out good news as well as business news: someone’s got married, we’re working on a new project - makes us look more human.” He then starts to expound on the virtues of search engine optimisation. “Is that right?” muses Michael, looking impressed. Then he blurts out “Facebook”. “You see,” he says, “I am into social media - I know the names. Actually I saw a film - The Social Network.” Derry hasn’t seen it: “I was too busy tweeting.”

﻿Michael says that as engineers they have to do up their own houses: ’We don’t trust anyone else’

This leads us on to how Facebook makes all its money. “Advertising,” says Ian. “Although the only ads I see lately are DIY.” Ian spent the two long bank holidays decorating his house - and he has the wounds to show for it. “I’m meant to be a professional engineer but I’ve got cuts all over my hands!” Michael says that as engineers they have to do up their own houses: “We don’t trust anyone else.” “Unless it’s a matter of the law … or of life and death,” pipes up Ian. “Like when we need a new boiler…”

Talk of the bank holiday inevitably leads to the royal wedding. And the obvious question: what did we all think about the dress? Met with a (very male) chorus of “Very nice.” “What did you think of the thing on Beatrice’s head?” Derry asks - the dress, the couple, all but forgotten. We all consider the hat that has made waves throughout the fashion world - and the internet. “Horrendous,” replies Ian. “Not that I’m in any position to judge fashion.” And then, a quote I am going to leave unattributed as all the men wore wedding rings and Building is not in the habit of causing marital disharmony: “But as for Pippa …”

The Lamb and Flag, Covent Garden