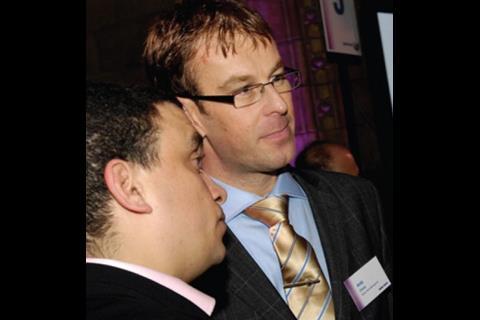 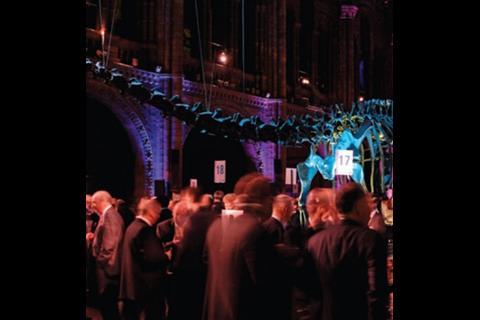 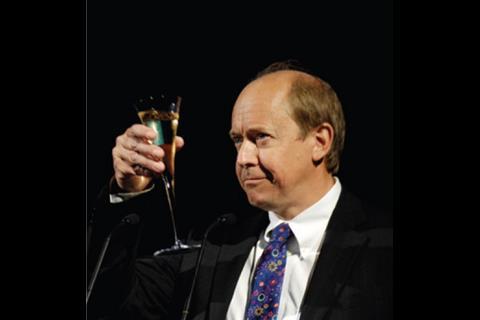 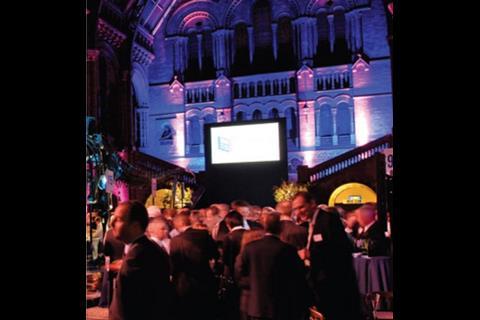 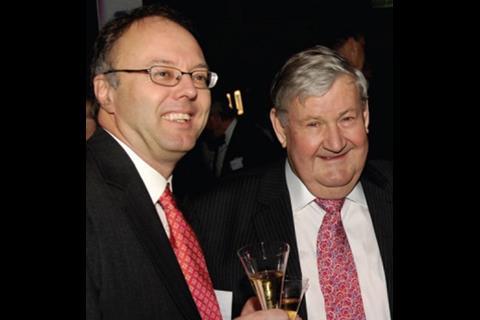 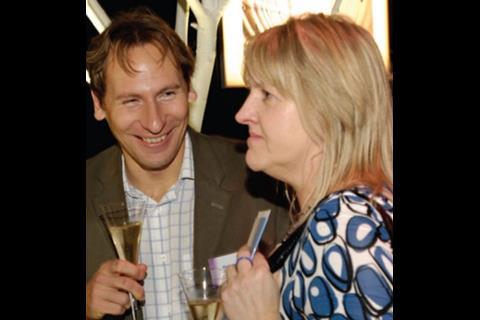 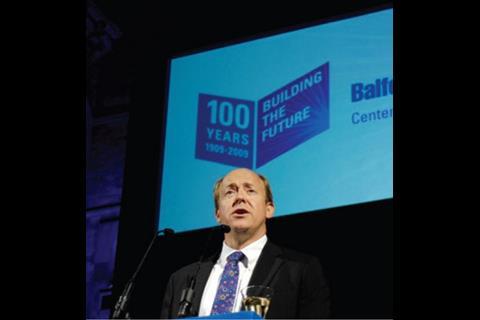 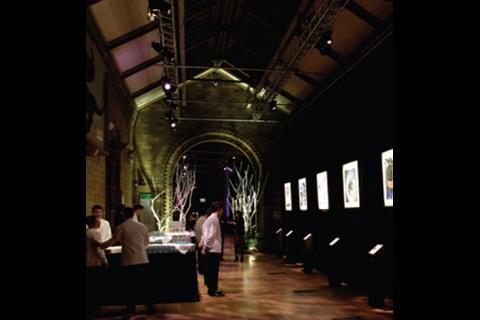 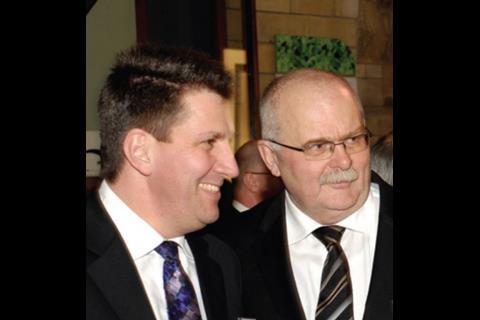 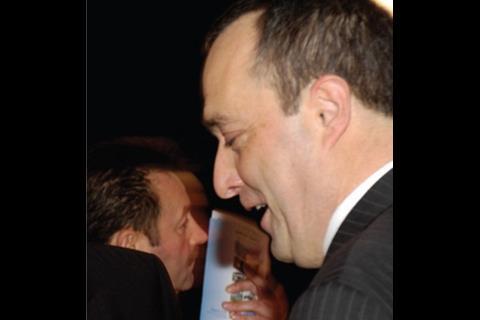 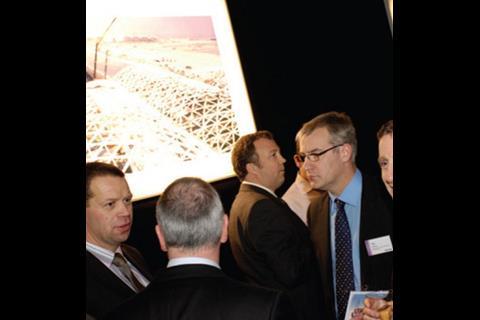 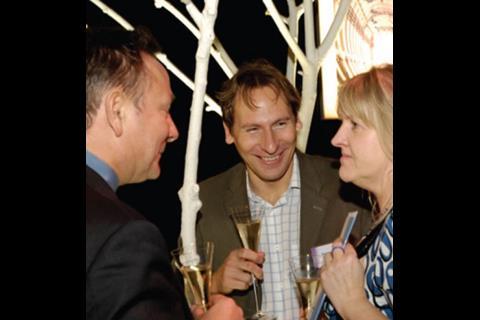 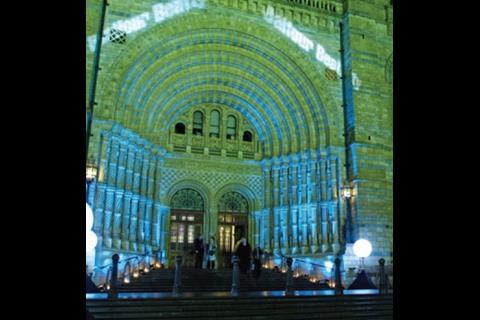 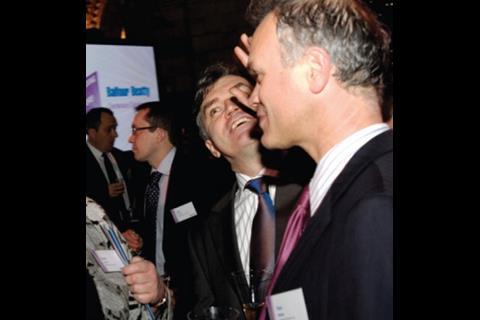 The cold snap hasn’t broken yet and I’m shivering beneath the magnificent arch at the entrance to the Natural History Museum.

Around me hundreds of men (and some women) are forming an orderly queue. Closer inspection reveals that this queue contains many of the construction industry’s great and good, such as Davis Langdon boss Rob Smith, who cheerily says hello.

We’re gathered here to give our warmest regards to the construction industry institution known as Balfour Beatty. Or as warm as possible under the circumstances.

A little more queuing and finally we’re in the building and the networking starts. I get chatting to some Balfour Beatty people and it seems many of us haven’t been here since we were kids. The building’s as imposing as ever, we agree. Perhaps even more so tonight thanks to the weird noises blasting through the sound system (“It’s what they think dinosaurs sounded like”, a cloakroom attendant explains).

‘It’s a bit early in January to be drinking; I’ll be taking it easy,’ he says, giving the drinks tray a nervous sideways glance

We go through to the main hall and there it is, a giant skeleton of some kind of humongous beast. Ian Philpott, the group financial controller of Balfour, marvels at the sight. Can anyone remember what is it is, though? “It’s a stegosaurus, isn’t it?” says Philpott. Andrew Knights, divisional business development manager of Mansell, reckons it could be a diplodocus…

We’re just getting into a debate based on half-remembered primary school lessons when we’re distracted by something arguably more deadly than any raging prehistoric monster: a tray floating past bearing half-a-dozen glasses filled with a highly unnatural-looking blue substance. This is the “Balfour Blue” cocktail.

A swig of the stuff confirms our fears about its potential to cause bodily harm.

I was at our 75th anniversary and there were no fancy cocktails. We held the party in our office and we were given a bottle of whisky at the end of it

David James, managing director of Balfour Beatty Management, is particularly fearful. “It’s a bit early in January to be drinking; I’ll be taking it easy,” he says, giving the drinks tray a nervous sideways glance.

Mike Bear, a consultant who works with Balfour, also raises a sceptical eyebrow. “I was at our 75th anniversary and there were no fancy cocktails back then. We held the party in our office and we were given a bottle of whisky at the end of it – it was a reference to our Scottish connection.”

Balfour Beatty is a bigger beast these days. “Back then we were just a subsidiary of BICC Construction,” (following the 1969 merger). “Things are pretty different now, though”, he says, looking round at our splendid surroundings.

After a few more Balfour Blues it’s time to head home. On the way out there’s a final treat – a goody bag. Inside, reassuringly, there’s a small bottle of whisky. Perhaps things haven’t changed so much after all.

Topics: Dinosaurs, weird blue drinks and the march of history

Present were Roxane McMeeken and 1,000 people from Balfour Beatty, Mansell and their associated companies and guests