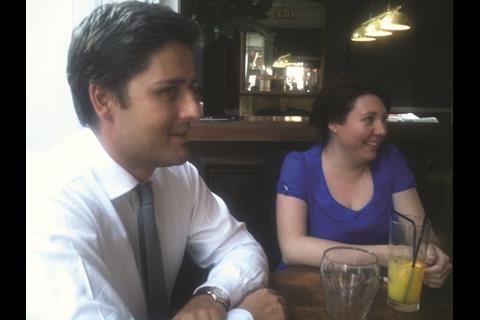 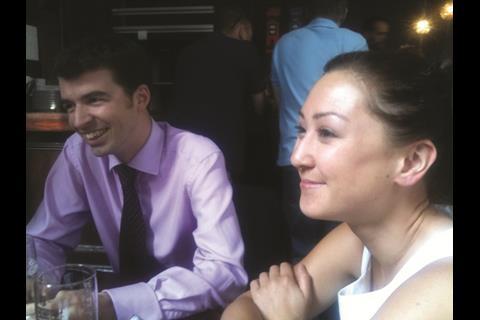 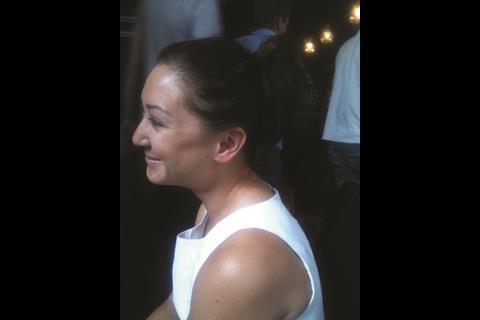 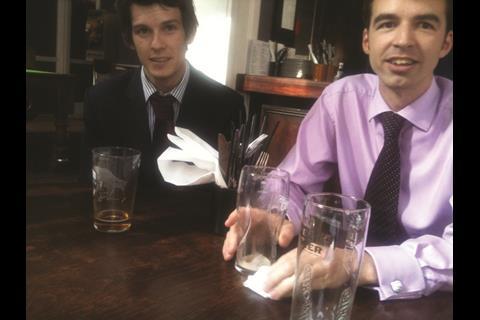 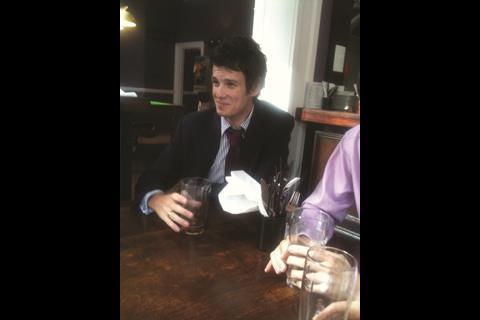 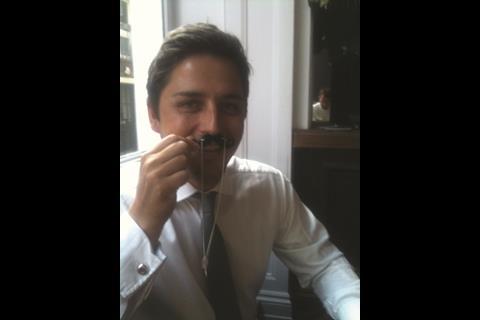 Topics: international growth, moustaches, profiteroles, getting thrown out of clubs

This lot do not mess about when it comes to work/life balance. It may be a cliché but “work hard, play hard” is a motto they take seriously, and have got the balance down to a fine art.

One minute we’re talking about the international growth of Cyril Sweett’s technical division, and the next it’s all false moustaches and tales of profiterole fights. It’s fair to say they have the two ends of the spectrum pretty much covered.

Krystle is wearing a fake moustache necklace. It’s a slightly odd choice of accessory, but in comedy terms, it’s pure genius. Christian is busily switching between divisional director and gaucho, or is that Poirot? It rather suits him.

Discussion turns from TV to cake with ease and it transpires that this lot are all keen bakers. Every Friday one member makes something for everyone else. It’s one of Chris’ favourite pastimes. He’s practised, having been a chalet boy in a past life: “Tell us again what happened with those profiteroles,” says Sarah trying, and failing, not to laugh.

“Oh yes,” says Chris, already riled up at the mention of the mysterious bun incident: “You had to provide tea and cake for your guests in the afternoon. I decided to be really impressive one day and so I made millions, or what seemed like millions, of profiteroles.

It took hours. I had to pipe each one full of cream, make the chocolate sauce. It’s a really difficult, technical dish. But then, the guests all got drunk and decided to use them to have a massive food fight instead. If I hadn’t made them it would have been funny. As it was it was quite heartbreaking.”

Poor Chris. It turns out that he gets himself into unfortunate situations on a regular basis. There was that time he was thrown out of a club for smoking. “I don’t even smoke,” he
says casually. Hang on, so how did this happen?

“We were in a club together, weren’t we?” The silence around the table suggests that no one is 100% sure exactly what happened, although the expressions on everyone’s faces indicate they are trying to dredge up memories of the night. But what everyone can remember is what happened to Chris.

“I decided to dance on the table,” he says. “Which in itself was frowned upon, I imagine. Then I took a cigarette from someone, lit it and started smoking it. This was inside, well after the ban had come in. To this day I don’t know why I did it. But it felt like a good idea at the time. I got thrown out. Really quickly.”

Sarah heads to the bar to get in another round of drinks and Chris, for no obvious reason, starts to roll a fake cigarette out of a napkin. The false moustache necklace is doing the rounds and spirits are high.

One thing’s for sure, if these guys work as hard as they play, then Cyril Sweett’s technical division must be heading towards a record year …