Building buys a pint … for the Anyjob team 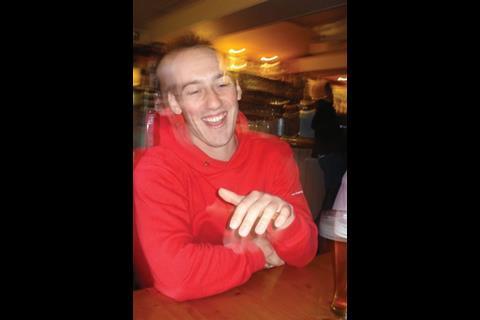 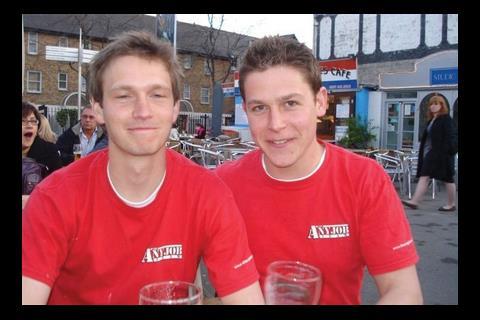 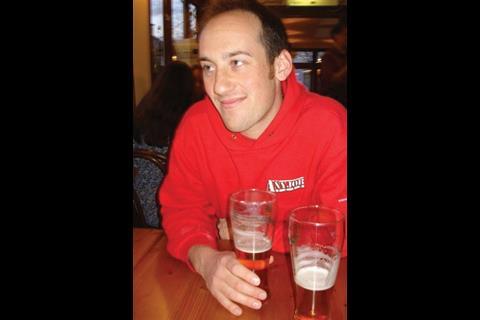 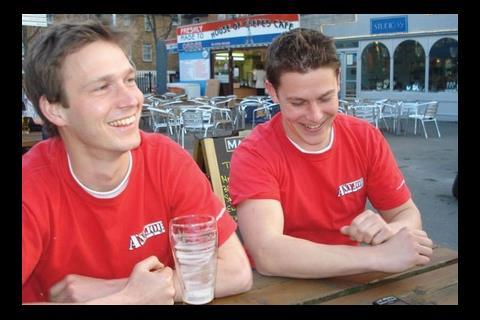 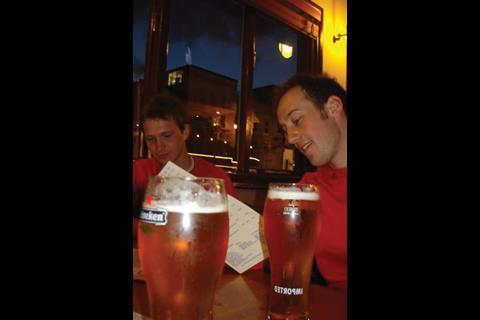 It has taken two-and-a-half pints, but we are finally off the subject of mackerel fishing in Cornwall. Cue a collective sigh of relief as, after a slow start, the chat hots up

As handymen, it comes as no surprise that the Anyjob boys stumble across all sorts of human behaviour usually kept behind closed doors – stashes of pornography, for example, and evidence of strange sexual antics in some of London’s most well-to-do areas. “Doing this job, we have realised that most people are nice. But really weird,” concludes George. “Jamie, tell the story about that Irish lady.”

“Yeah, that was a bit odd,” says Jamie. “I was painting this woman’s house and suddenly she skipped in wearing some paint-splattered denim dungarees. She was quite old and I wasn’t sure what on earth she was going to do next. It turned out she just wanted to help. I felt I should perhaps remind her that she was paying me. But hey, it was her house. If she wanted to help, then I wasn’t going to stop her.”

Doing this job, we’ve realised that most people are nice. But really weird

As the conversation continues it emerges that Jamie hasn’t just got a talent for bringing out the creative side in elderly women. “Ask him how many ways there are to get a cup of tea,” says Alex. Too many to count, apparently, but he does reveal his favourite. “If I’m doing electrical work I always say, ‘I’m about to turn everything off, so is there anything you need to use before I do? The kettle, maybe?’ It works almost every time, that one.”

“And if you get a biscuit too then that makes such a difference,” adds George, with feeling. “Honestly, that can be the difference between knocking the congestion charge and our parking off your final bill or not.” The boys add that they usually do

get what they’re after in the tea department – the advantage of being young, strapping lads with a 90% female client-base.

Glasses drained, we decide to head to a Mexican bar near Waterloo. But alas, we get so lost we end up in the far less exciting All Bar One. Alex wants to order some food but the barmaid informs him that the ovens are off and that they have run out of dessert. But he isn’t giving up. “No dessert? Do you have any ice cream?” No. “OK, what about cream. You must have that. Can I have a glass of cream?” “I don’t think we can do that,” says the barmaid, taken aback. But, perhaps realising she will have a fight on her hands with this one, she fumbles around under the counter and emerges brandishing a tube of Smarties. “Aha,” smiles Alex, “that’s great. Thank you so much.” “No problem,” she smiles, ever so slightly batting her eyelashes.

This impressive demonstration of how to charm free confectionery out of a complete stranger suggests that, more often than not, this lot probably do very well in their quest for biscuits, and chocolate ones at that.