Building buys a pint … for The Edukators 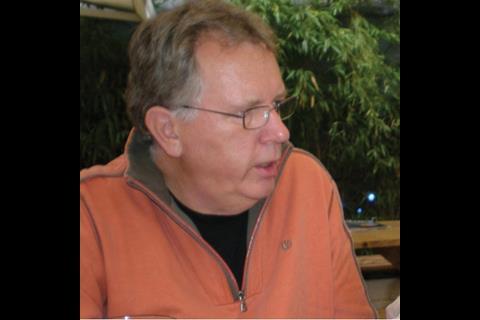 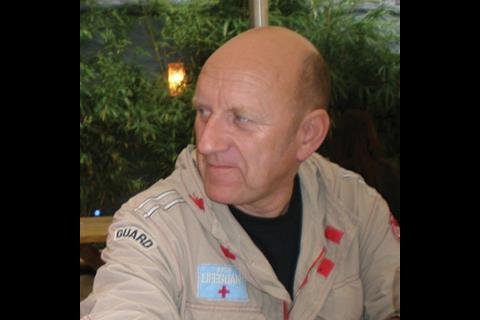 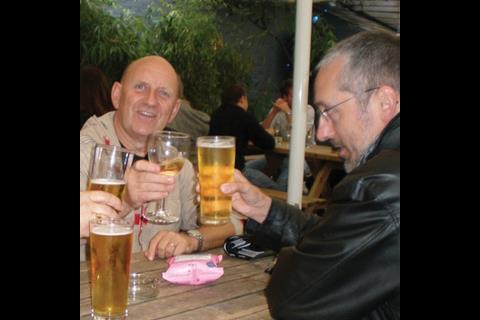 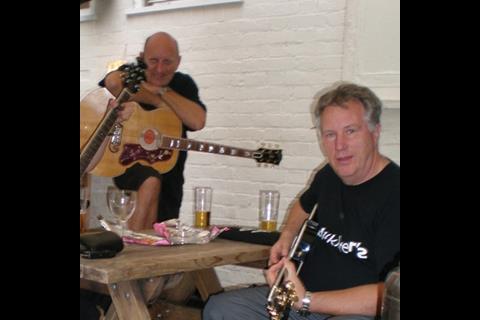 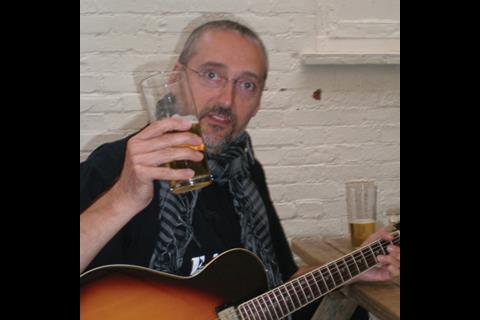 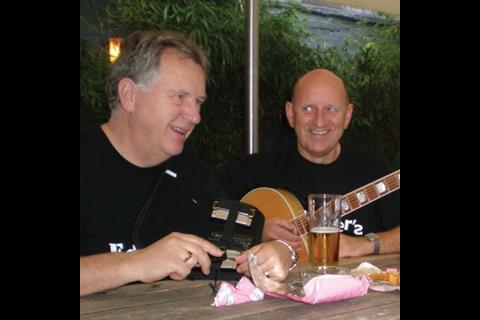 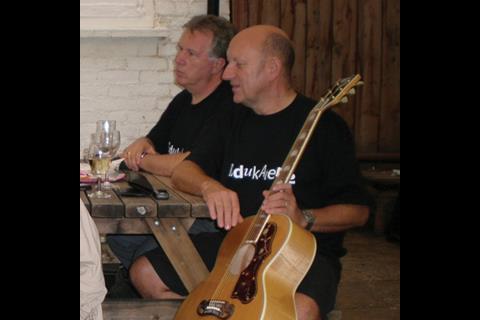 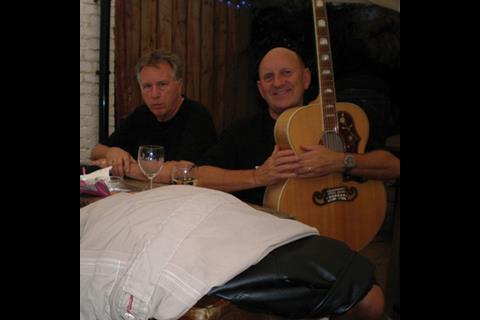 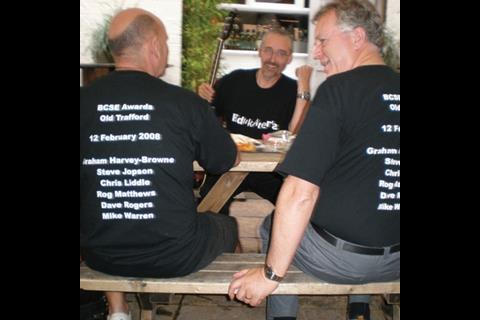 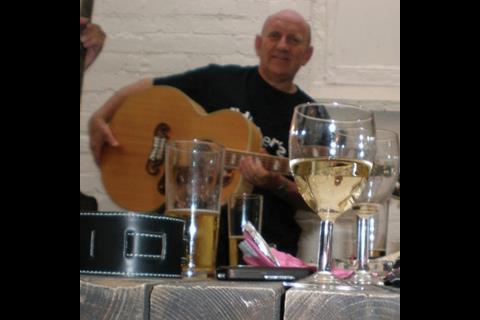 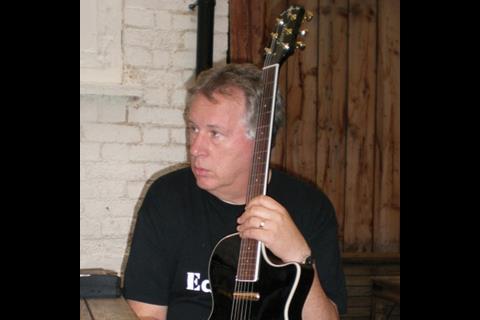 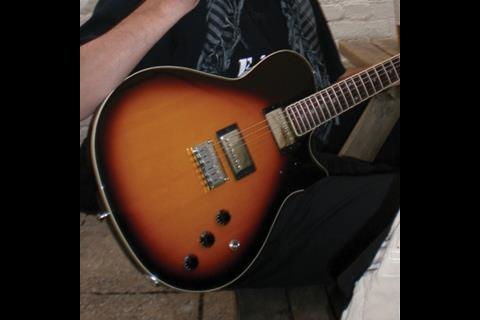 When not gigging, these three Edukators make a living at Guildford’s two heavyweight architectural practices. “We started playing together when we were working on the defence training review a couple of years ago,” says Chris, “and in the process we had a party.”

It wasn’t until a year later that they got their edukation. “We played at the British Council for School Environments awards last February, and that’s when we came up with the name” says Mike. “We expected 200 people to come to the gig at Old Trafford, but 850 turned up.”

Not present at the Five & Lime are the group’s other three members: Dave Rogers, also of HLM Architects, and Steve Jopson and Graham Harvey-Browne of local QS Synergy. But Graham and Steve obligingly ring up from Sheffield to explain their absence. “We’re up here on a school project,” says Graham, who’s also deeply into edukation. “We’re currently doing a total of 17 academies and 13 BSF schools.”

“We’re all involved in school designs,” adds Rog. “At Scott Brownrigg, we’ve got three PFI schools in Plymouth, and one of them opens today.”

After our first round of drinks, the trio strip down to their black Edukators t-shirts and bring out three superb axes. Rog then unfurls a black canvas roll containing seven prize harmonicas. Then, sitting in the cocktail bar’s backyard, they launch into a few riffs from Johnny B Goode and Down in Louisiana.

“It’s time for a Johnny Cash song: something from Folsom Prison,” says Chris. There could be a connection to the sectors tackled by his practice, which he says are “healthcare, defence and definitely custodial”. Rog obliges by singing in doleful tones: “When I hear that whistle blowing, I hang my head and cry.”

“Let’s try something to do with healthcare,” chips in Mike, and Rog responds with “I went down to the St James Infirmary …”

‘Let’s try something to do with healthcare,’ says Mike, and Rog responds with ‘I went down to the St James Infirmary’

Despite all these blues, the group remains cheerful. “We have made amazing friendships with each other,” says Chris.

“Playing together is the best way to get to know people,” Mike adds.

“When you’re playing music on stage, you need to trust each other,” continues Chris.

“We tell our wives it’s all for charity,” says Rog, and reels off a string of charity gigs they’ve played at – they claim to have raised £10,000 in total.

As a parting shot, Mike says: “If Building has a party, we’d like to play for you.” Strictly for charity, of course.