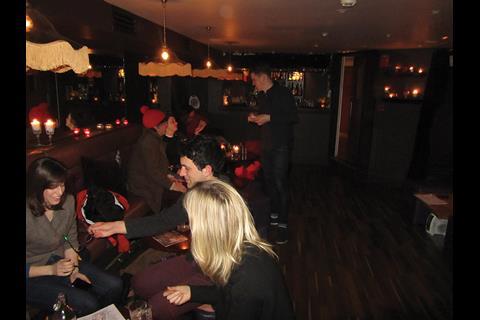 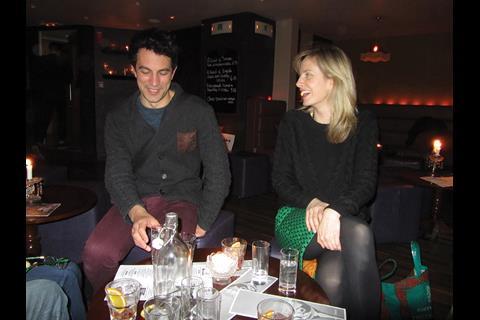 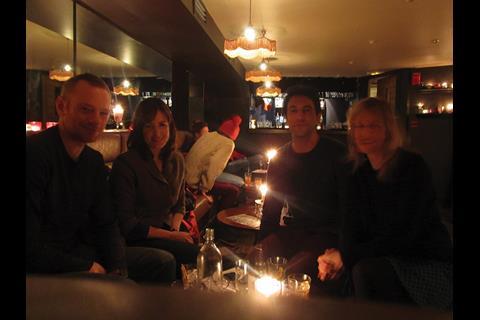 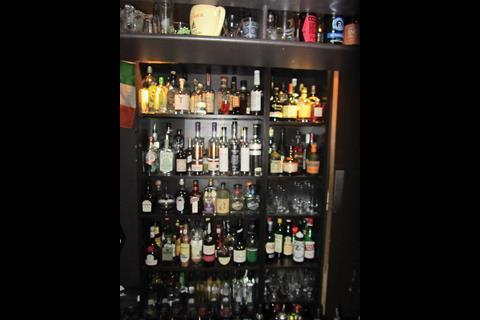 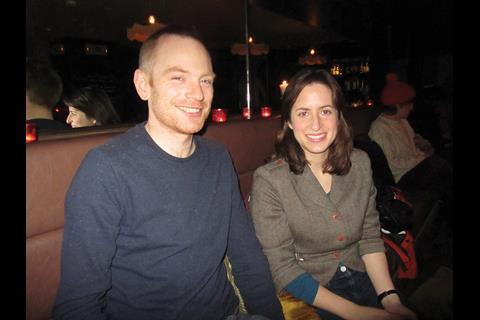 How to breathe correctly when holding a rifle, horsemeat and spit-roast pigs are discussed over some cider and cocktails in Kentish Town

Five years ago parliament’s home affairs select committee called for a ban on pub happy hours in order to curb “excessive drinking of cheap alcohol”. So, like the good citizens we all know architects and journalists to be, Building and our esteemed guests conspire to ensure that proceedings begin well before Happy Hour gratuities conclude at 7.30pm. The establishment in question is a stylish subterranean “speakeasy” on Kentish Town Road which quickly leads on to talk of how the area has undergone something of a transformation in recent years.

“It’s the French,” proffers Paul guardedly, “the new school at the top of the hill.” David, something of a gastronome we learn, then proudly recites a deliciously cosmopolitan mix of local recreational emporia which includes, among other things, a burger joint which may or may not have been responsible for giving him and Simon food poisoning, a deli which exhibits disturbing signs of underworld patronage and a traditional Victorian pub which, as someone rather contrarily points out “smells like men’s sweat”.

David’s impassioned soliloquy is concluded by the rather cryptic pronouncement that “Kentish Town is better than Shoreditch”. “It’s become fashionable but it’s definitely less gentrified,” muses Paul. Maria, an “on and off” native of the enclave since her teens, revels in the vibrancy of the area and praises a high street “which is still predominantly local, independent businesses.”

Undeterred, David returns to the subject of food and, inexplicably, launches a fierce debate on the recommended retail price of a whole spit-roast pig. “£30,” he insists. Bemused dissension ensues before he quickly rejoins “from an abattoir”. Deprived of an intimate knowledge of rural economics (David hails from Bury St Edmunds) the group reluctantly concedes defeat.

Inevitably talk of the horsemeat scandal erupts and while no one admits a moral aversion to equine ingestion per se, we do agree that it would at least be nice if some kind of horse warning symbol was introduced on food packaging. “But something I won’t eat on moral grounds is veal,” announces David defiantly, “as the cattle are kept in the dark”. With the spit-roast incident still fresh in their minds, his colleagues now tread carefully. Alas, a hastily convened Wikipedia query proves inconclusive, so our intrepid proclaimer is once again given the benefit of the doubt.

The evening draws on with a heady mix of soothing lounge music and devilish cocktails. A varied diet of conversation topics is explored, which includes ill-suppressed jealousy over Paul’s imminent extended sojurn in Australia (with exclusive use of a relative’s Bondi Beach flat), the superiority of the UK health system over Ireland’s and how to breathe correctly when holding a rifle. Contented farewells are soon exchanged and Building hosts David to a final, sumptuous pork sandwich. One incidentally, not purveyed from an abattoir.