Building construction regulations are not the same in England and Scotland: what you need to know

Developers and contractors in England and Scotland need to be aware of the differences in two separate pieces of building regulation.

In December, the Building (Amendment) Regulations 2018 came into force in England. This was the first piece of legislation prepared in response to the recommendations of the Hackitt review, a comprehensive evaluation of the rules governing building safety post-Grenfell. In Scotland, a new set of Building Standards will be introduced as legislation this year. The exact date this will happen has not been confirmed, but it’s clear they will change the state of play north of the border. Announced last month by a Scottish government ministerial working group, the new Scottish standards have similarly been created in reaction to the tragedy in London, informed by two independent Scottish reviews into building safety that echo Dame Judith Hackitt’s findings.

Also read: The latest on the Hackitt report

Construction businesses, especially those with a foothold in both the Scottish and English markets, must be aware of the differences between these two new pieces of regulation if they’re to continue operating in an industry that is being challenged to evolve rapidly.

First, the similarities. Both sets of regulations will ban the use of combustible materials in new buildings of certain criteria. In both jurisdictions, materials used in applicable buildings will need to meet European safety and quality classifications A2-si, d0 or A. In practice, this step abolishes the discretionary measures developers and their contractors could use to prove materials that didn’t meet these European standards, or that were classified under a different safety framework, were still fit for use. For developers and contractors on both sides of the border, this shift should prompt a wholesale review of preferred building materials and suppliers to ensure they’re up to code.

However, for construction firms in Scotland, the projects which this new standardisation of safety certifications will apply to is far more extensive.

In England, the new regulations apply to new residential buildings with a storey at 18m above ground level that contains one or more dwellings, or an institution such as student accommodation, but excluding hostels and hotels. By comparison, the new standards in Scotland will apply to buildings with a storey of 11m above ground level. Entertainment and assembly buildings in Scotland will also be included, alongside hospitals and residential care homes of any height. So, if a developer is planning a project that spans multiple locations across the UK, for a series of uniformly designed residential buildings, for example, the rules would differ and potentially require the use of different materials at different sites.

The Scottish changes then go further than the incoming English regulations, outlining a more comprehensive series of measures designed to improve building safety broadly. In the same vein as the controls on combustible materials, the Scottish regulations will make sprinkler installation mandatory in flatted accommodation, larger multi-occupancy dwellings, and places that deliver care. They will also introduce measures to improve evacuation procedures, including the requirement for sound alerts and two escape stairways in all new high-rise residential buildings, and create specific fire safety guidance for the people that live in them.

In addition to more practical building changes to increase safety, the Scottish regulations will make the wider compliance environment for the industry more stringent. They will require developers and building owners to prepare and maintain a compliance plan to deliver transparency over the building’s inspection regime to residents and regulators. To support this, the Scottish government will also create a database to capture and maintain safety-critical information for existing high-rise buildings and draft new guidance for fire risk assessments.

Now, if we compare the measures in England and Scotland based on what has been announced, it could be argued that the new controls north of the border are more advanced, and developers with a significant presence in this market will have to navigate more regulatory hurdles once Holyrood turns its proposed regulations into law this year. However, legislators in Westminster have indicated England could soon catch up. On the 18 December housing and communities secretary James Brokenshire pledged to introduce a tougher regulatory framework to improve building safety – details of which are to be announced in the spring – and to fully implement the recommendations of the Hackitt review.

What this pledge will look like in practice is yet to be seen. It’s unclear if the regulatory environment in England will eventually echo the wider safety measures proposed by Holyrood, or expand the combustible materials ban to match the criteria of buildings in Scotland.

What is certain, however, is that the legislative agenda is moving in one direction. Governments on both sides of the border are fully committed to revamping building safety regulations, so the onus is on developers and contractors to keep up with the pace of change and be mindful of the differing rules across the UK and the dates they come into effect, as they continue to evolve. 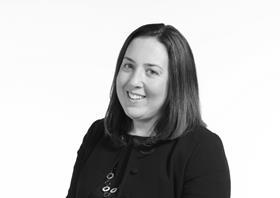