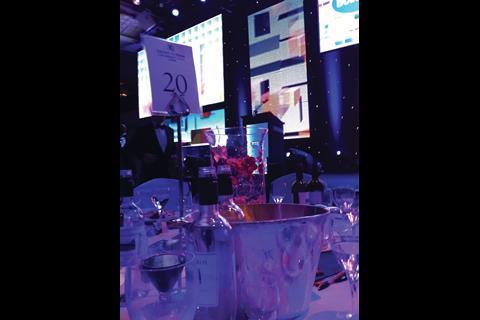 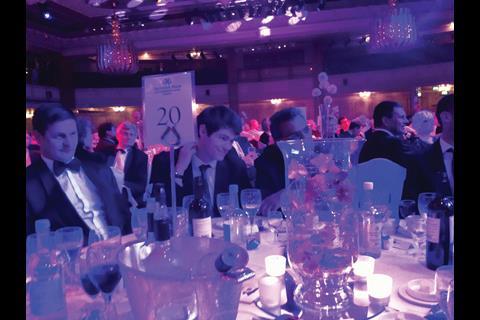 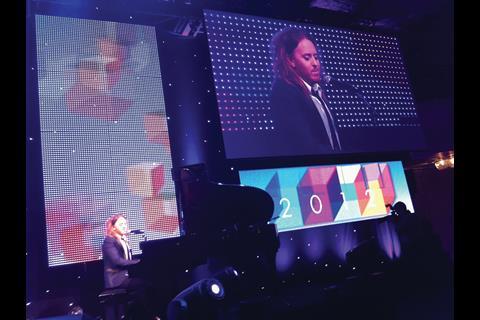 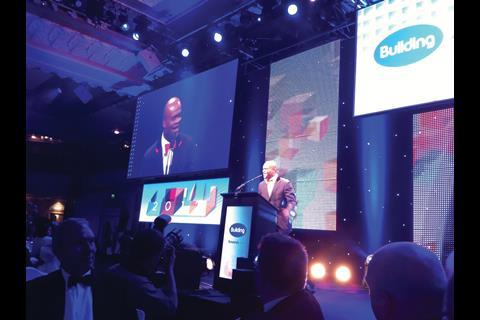 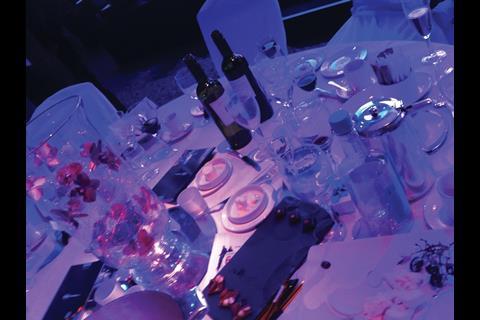 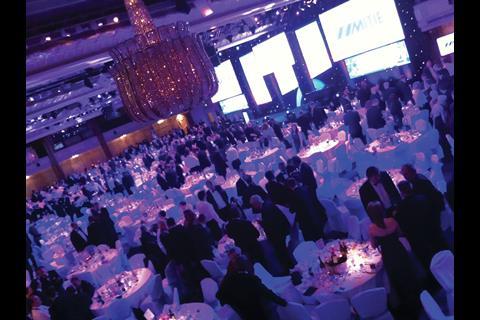 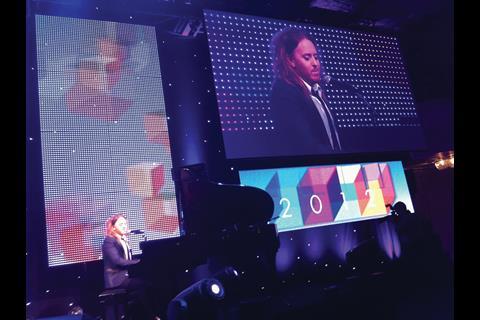 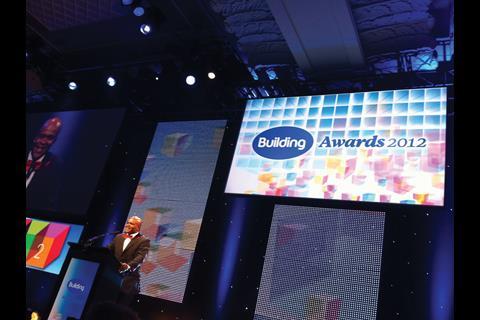 Last week Building hosted its annual awards bash at the Grosvenor House Hotel (where else?), with the great and the good - and a few others besides - lining up for the chance to snag one of our highly sought-after gongs. So this issue is not so much Building buys a pint - more “Building extends the licensing hours” (2am on a work night, no less).

After Building brand director Tom Broughton welcomed the crowd to their seats in the Great Room, which was chock full of 144 tables, the stage was given over to Kriss Akabusi, who paid tribute to the UK construction industry’s efforts to get the Olympic Games built on time and budget, then introduced to the crowd four young UK Olympians.

On Table 20, right at the front, the guests were overpowered by Akabusi’s intensity, but later, after I (an Antipodean, to be fair) confessed to not knowing exactly who Akabusi was, it emerged that none of the guests could name his achievement. Bernard Ainsworth, project managing director of the London Bridge Quarter, knew, of course, that he was a runner and thought he was an Olympic champion. Greg Fitzgerald, Galliford Try chief executive, clarified that he was a relay runner - 4 x 400m - and said he’d won either the Olympics, Commonwealth Games, or the World champs - while Tony Williams, Building Value chief executive (an Antipodean, too) agreed with Greg.

Tim, Greg and Tony talked about the size of their friends’ yachts, which made them wonder what they’d been doing with their lives

Poor Bernard then got heckled by comedian Tim Minchin, after being grassed up (I confess, by me) as being responsible for the Shard, which Tim - unoriginally we agreed - likened to a phallus. A bit tired of Tim, Greg and Tony shifted to talking about Mallorca - or was it Menorca - and the size of their friends’ yachts, which had made each of them wonder what it was they’d been doing with their lives.

Sunning themselves, by the look of Tony’s tan, which had the Building hack thinking he was Australian, only for them to be revealed as Kiwis. Which left Greg, sandwiched between, in a tight spot. Fortunately, along came Jason Manford to present the awards, which after some hilarity, soon silenced the talk.