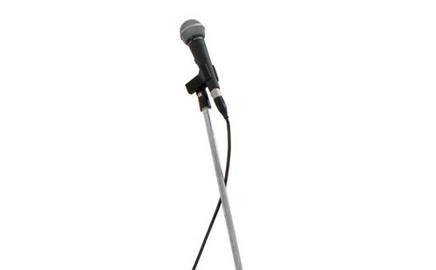 Open mike — The GLA wants office buildings to generate 20% of the energy they use. The only problem with this, says Richard Kauntze, is it can’t be done. So here’s a proposal that will work

The Times recently reported on “a row” between the British Council for Offices (BCO) and mayor Ken Livingstone on the best way to make London’s workplaces greener: “Livingstone’s green office targets are doomed to fail, say property developers”, reported the Thunderer. No doubt there, then. So what’s all the fuss about?

Well, for a start, it’s more of a difference of opinion than a row, but no less important for the office community, the mayor and the Greater London Authority (GLA) for that. Perhaps inevitably, the arguments are pretty abstruse, but in essence, they boil down to what those closest to the issues call “onsite renewables” (including the now fabled wind turbine) and the contribution they can make to reducing London’s carbon footprint. Under the current (2004) London Plan, wind turbines and the like are meant to account for 10% of a new building’s total energy requirement. Hard data on what is actually being achieved is difficult to come by, but the BCO’s analysis suggests that 6-7%, at best, would be typical. What, then, of the GLA’s proposal to raise the threshold to 20% by early 2008?

In non-technical language, the BCO feels this is total nonsense. There is nothing wrong with onsite renewables per se, but most options simply do not suit London: wind turbines fail because there’s not enough wind; photovoltaic cells are very expensive and difficult to integrate into tall buildings; biomass heating is cost-effective, but it needs lots of space for fuel storage, solar collectors are also cost effective, but they require roof space and usually provides only a modest carbon saving, and so on and so forth.

So, the possibilities of onsite renewables are potentially great if you have lots of space, light and flexibility, but not hugely helpful if you don’t. And in London, that’s usually the case.

In our report to the GLA (“Renewables and the London Plan”) we suggested a way forward that is practical and practicable. As a starting point, all in the industry need to be using more energy-efficient technologies and designing buildings that consume less energy in the first place. Examples can be seen in low-energy lighting (coupled with a diktat to switch the lights off when a floor or all of a building is empty), and cooling and ventilation technologies. By using these in the design process a “benchmark carbon emission” can be established that strips the design down to the minimum energy-saving features necessary to achieve a “basic pass”. From this, the design team can assess the energy-saving features applicable to the base design to achieve the necessary 20% carbon saving. An energy statement would then be developed to state the benchmark carbon emission for the building and identify how the 20% carbon saving had been made. Simple. Or at least a lot simpler than trying to bolt on renewables that don’t fit in London.

On-site renewables are great if you have lots of space, light and flexibility, but are not hugely helpful if you don’t, as in London

The BCO has a long history of leading the debate to create more environment-friendly offices. The first edition of the BCO Specification for Offices was published way back in 1994. Its guiding purpose was to minimise the waste of money and materials through practical, market-tested methods.

It worked, as well, as is neatly illustrated by the fact that we are now on edition four and are planning the fifth.

As I write, the public hearings for the new London plan are in play. The BCO remains convinced that not only is the GLA’s proposal doomed to fail but that a far better option is readily available. Green buildings have become part of the zeitgeist, and rightly so – we are, after all, talking about the future of the planet. Why, then, waste time with complex solutions that will not work when we can readily adopt those that will?