Bulwarks against Brexit: assessing its impact on existing construction contracts 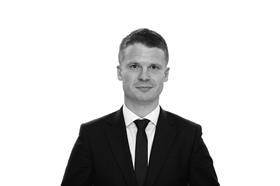 One of the unintended (and increasingly urgent) consequences of any Brexit is the possible impact on existing commercial and construction contracts.

Some sectors (notably insurance) have engaged early on with the question of ongoing policy validity in the UK and EU after Brexit. But the impact on existing contracts is not yet clear in many other sectors and so a huge number of business-critical contracts are yet to be reviewed for Brexit resilience.

Although English contract law will be largely unaffected by even a “hard Brexit”, there are a number of ways that Brexit-related events could affect contractual relationships.

For example, subcontractor costs could rise where staff, tariff or customs requirements are increased, or where exchange rates fluctuate significantly, which could render existing payment mechanisms obsolete. Delays to contracts caused by, for example, delayed delivery of materials due to longer customs procedures, or lack of a relevant “type approval”, could frustrate the parties’ ability to comply with their contractual obligations. This gives rise to potential termination of contracts where the contractor is unable to deliver because of events outside its control. It also increases the possibility of contract disputes on delays and/or cost overruns.

Particularly for contractors with EU-dependent “just in time” supply changes, or significant numbers of employees who are EU nationals, it is prudent to look now at your key existing contracts to establish:

Most contracts will contain a “force majeure” (superior force) clause seeking to deal with “frustration” of a contract. This is an established doctrine in English law, although it is not often tested in the courts – and of course has not yet been tested in the context of Brexit.

Frustration of a contract arises where an event occurs that “significantly” affects the nature of the contract and changes the parties’ “rights and/or obligations” from what they could reasonably have contemplated at the time of forming the contract. The change must be so significant “that it would be unjust to hold” the parties to “literal sense” of the contract after that event has occurred.

This would not allow a contractor to seek to walk away from an existing contract simply because of economic changes/cost increases in delivering the contract. Nor can a party rely on the doctrine of frustration simply to terminate a bad commercial deal.

That said, it is possible that parties will seek to rely on the notion of frustration in a Brexit context – for example, where staff cannot get to site or where supplies of materials could be interrupted. This creates the increased risk of contractual disputes arising where contracts are not clear on the consequences of Brexit.

A force majeure clause will commonly set out the grounds to relieve the contractor from its obligations to perform one or more contractual obligations where specified events take place and which are beyond the reasonable control of that party. Common circumstances include acts of God, flood, drought, earthquake or other natural disaster – with which, whatever one’s views on the UK’s decision to leave the EU, Brexit clearly does not compare.

Some force majeure clauses also stipulate that such events could include, for example, “any law or any action taken by a government or public authority, including without limitation imposing an export or import restriction, quota or prohibition”. If your clause provides for this, it is possible it would offer some assistance in the context of Brexit, but again this is untested and so specific Brexit provisions could be considered for key contracts.

Brexit clauses are specific contractual provisions that address particular Brexit circumstances and set out the consequences for the contract. The clause is a form of material adverse change clause, which deals with particular impacts on elements of the contract. Such provisions give more legal certainty than attempting to rely on more general boilerplate terms.

A standard Brexit clause will set out:

Brexit clauses can provide for the full range of consequences. Common examples include: contract termination or contract shortening; allocation of extra costs between the parties; or allocation of responsibility for a particular obligation arising from Brexit (such as to obtain any new permits or authorisations that may be required).

Because of the risk that your contract counter-party may try to rely on force majeure or frustration to get out of a contract that becomes more expensive or difficult to complete after Brexit, agreeing express clauses now in new contracts (and agreeing variations for existing contracts) will give both parties more comfort of the consequences of even a hard or no-deal Brexit.

Clearly, this is not a “one size fits all” approach, and so it is recommended that clients focus on key operational and high-value contracts initially, building standard wording into new contracts or tender returns.

David Hansom is a partner at Clyde & Co