Case in focus: Getting it done properly 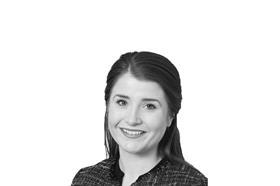 Edinburgh sheriff court’s recent decision in Pentland Investments Ltd vs Aitken Turnbull Architects Ltd  confirmed that paragraph 8(2) of the Scheme for Construction Contracts bars adjudicators from simultaneously adjudicating on disputes relating to the same project but under different contracts, without the consent of all parties involved. Part of the court’s reasoning for the prohibition was to ensure each adjudication is done “properly”.

Not only do the JCT and SBCC suites of contracts utilise the adjudication procedure in the scheme, but the scheme also steps into a construction contract to the extent that it does not adequately provide for adjudication. This decision is therefore anticipated to have wide-reaching effects.

Pentland, the owner of Edinburgh boutique hotel the Raeburn, employed a professional team for renovation works at the hotel; this included Aitken as architect. After completion of the works, Pentland discovered defects. It was unable to resolve matters so raised adjudication proceedings against Aitken and, separately, the consultant engineer.

The same adjudicator was appointed in both disputes, and wrote to Pentland and Aitken explaining the situation. Aitken refused consent for the adjudicator to proceed with both adjudications and invited him to resign.

The adjudicator responded that he was not seeking, nor did he require, Aitken’s consent, and refused to resign

The adjudicator responded that he was not seeking, nor did he require, Aitken’s consent, and refused to resign. The adjudication proceeded under reservation of Aitken’s challenge.

Ultimately, the adjudicator found in Pentland’s favour and ordered Aitken to make payment to Pentland. Aitken did not pay and Pentland raised enforcement proceedings in the sheriff court.

Aitken’s defence was that the adjudicator did not have jurisdiction to make his decision as Aitken had refused its consent for it to proceed with the two related adjudications simultaneously, an argument that relied on paragraph 8(2) of the scheme.

Paragraph 8 of the scheme deals with related adjudications, and this is not the first occasion on which a court has had to confirm its effects.

The Technology and Construction Court considered paragraph 8(1) of the scheme in Deluxe Art & Theme Ltd vs Beck Interiors Ltd, and found its effect was to prohibit an adjudicator from adjudicating on more than one dispute under the same contract, at the same time, without the consent of all parties.

The Deluxe case was factually similar to Pentland in that the underlying contract was for a hotel refurbishment and the works were found to be defective, resulting in multiple disputes. The difference was that the disputes in Deluxe formed part of the same contract, while the disputes in Pentland did not. The decision in Pentland followed and expanded on Deluxe.

Pentland submitted that the question for the court to determine was whether anything in the legislation prevented it from simultaneously referring multiple related disputes, in multiple referrals, to a single adjudicator; it considered the answer to be “no”.

The sheriff agreed but found this question overlooked the language of  paragraph 8(2), which it considered prohibited the adjudicator from simultaneously adjudicating on related disputes under separate contracts without consent of all the parties. In the circumstances, the adjudicator had exceeded his jurisdiction and the decision could not be enforced.

The sheriff considered one reason for prohibiting an adjudicator from determining multiple related disputes without consent is to ensure each adjudication is done “properly” within the strict time limits. There is, however, no restriction on the number of unrelated disputes an adjudicator can determine simultaneously. Perhaps this issue will be decided by a court in future proceedings.

What are the likely effects?

The key effects are likely to be threefold: