Casting light on novation and assignment 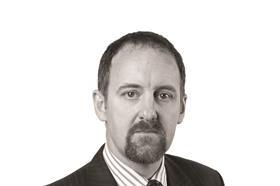 Anyone working in construction is likely to have encountered the terms “assignment” and “novation”. An assignment is a transfer of an interest from one party to another. So, for example, if A enters into a contract with B, A may generally assign the benefit (but not the burden) of that contract to C. In this context, “benefit” and “burden” refer to the two aspects of any contractual relationship. If I offer to build a house for you for £500,000, the benefit of the contract to me is to receive the money. The burden is building the house. For you, the benefit of the contract is receiving the house and the burden is paying me the money. That is a simplistic example but gives the general idea. The other thing to note is that the benefit usually includes both accrued and future contractual rights. It is possible to assign only future or only accrued rights, but clear words are needed to do so.

Novation is also the transfer of an interest from one party to another. Unlike assignment, however, it transfers both the benefit and the burden of a contract. For that reason novation requires the consent of all the parties whereas in the example given above an assignment can be carried out without B’s consent. Again in simplistic terms, novation operates to swap one contract between A and B with another contract between A and C.

Although these mechanisms are commonly used in construction contracts, they are rarely considered by the courts in detaiL, which makes this decision so interesting

The project ran into difficulty and EWHL terminated the main contract. EWHL considered stepping into the subcontract but did not. MW did, however, assign the subcontract to EWHL.

EWHL commenced proceedings against MW claiming damages for losses arising out of the termination and defects in the works. MW added Outotec as a Part 20 defendant, alleging the losses claimed by EWHL arose from Outotec’s breach of the subcontract. The court was asked to look at a number of preliminary issues, one of which was whether EWHL retained the benefit of accrued rights against Outotec or, if not, whether the assignment transferred both the benefit and the burden of the subcontract or alternatively took effect as a novation. This gave the court the opportunity to review the principles around assignment and novation in some detail, and it is well worth a look at the judgment as a very thorough and illuminating review of the principles in this area. On the facts, the judge reached the conclusion that MW’s accrued and future rights had been assigned to EWHL. In the circumstances, there had thus been no novation.

The implications are worth considering in the context of the sort of complex contractual arrangements the parties entered into here, which are by no means unusual

While the judgment applies well-established principles in relation to assignment and novation, the implications are worth considering in the context of the sort of complex contractual arrangements that the parties entered into here, which are by no means unusual. There is no doubt that MW did not anticipate that the net effect of the assignment would strip MW of any recourse it had against Outotec, effectively preventing MW from recovering from Outotec the losses that Outotec may well have been responsible for in the first place. It is difficult to see how this could be avoided in future.

Employers commonly insist upon as many routes to recovery as possible in the event that things do not go according to plan. Consequently, suggesting, for example, that assignment be limited to future rights only or restricted in some other way so as to offer the contractor some protection may not be attractive to employers and their funders. In addition, EWHL was unable to agree step-in arrangements with Outotec, demonstrating precisely why such alternative routes to recovery are necessary. This case may well therefore be simply an object lesson in the law of unintended consequences rather than a warning to adopt a different strategy in such complex contractual arrangements in the future.