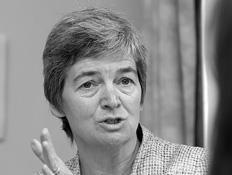 In Pegasus vs Ernst & Young (23 March), the well-known firm of accountants is being sued for failing to advise the claimant company against acquiring business assets in a way that will or may, on their sale, give rise to a substantial charge in capital gains tax. The accountant, it is alleged, should have advised that the assets be “hived down” into subsidiary companies created for this purpose, which would have avoided this problem. During the course of the proceedings, the claimant company has gone into liquidation and, as part of a reorganisation of the business, all its assets were transferred to another company. It has also assigned its cause of action against the accountant to this other company.

It has been argued on behalf of the accountant that the claimant has disposed of the assets in question and therefore no longer stands to suffer any loss as a result of owning them; it follows that the cause of action that it has assigned is worthless, because an assignee cannot claim for any loss that the assignor (in this case, the claimant) could not have claimed for.

This is an old chestnut that has been considered before in connection with damage to property. The owner of the property sues or could sue for loss arising from the damage; however, it then transfers the property to another party, as may well be expected to happen, for example if the property is a development and the owner the developer.

THE EX-OWNER IS TREATED AS HAVING STILL SUFFERED LOSS, DESPITE HAVING DISPOSED OF THE PROPERTY

This has been called the “black hole” argument, because if it is correct the right to sue for loss arising out of the damage could be said to have disappeared. However, in connection with damage to property, the argument has been rejected by the courts in several cases. The short answer is that the loss does not disappear as a result of the transfer of the property.

The accountants tried to distinguish losses that accrue directly as a result of negligence (or whatever wrongdoing it is) and future or consequential losses that only occur (or may only occur) later. Loss associated with damage to property is an example of the former: it is an immediate and certain consequence of the negligence or other breach alleged against the defendant. Physical damage occurs during the ownership of the original owner. The relevant losses in the accountant’s case, or so it argued, fell into the latter category of future or consequential losses, as to which the court should take into account what has actually happened. What happened here was that the claimant company avoided these losses for itself by transferring the assets to another party. The accountant therefore argued that the claimant could now have no claim in respect of these losses and so no such claim that could be assigned to the new owner.

A distinction like this between direct and consequential losses could apply to a case of damaged property, where the immediate losses are the cost of rectifying the damage and the consequential losses further losses as might or might not be incurred, such as loss of rental income or business losses. Such losses will only occur, if they occur at all, after the transfer of the property, so in reality are not suffered by the original owner or developer. However, the judgment in Pegasus indicates they could still be so treated, so the claim for such losses could be assigned to the person on whom they actually fall, along with more immediate losses.