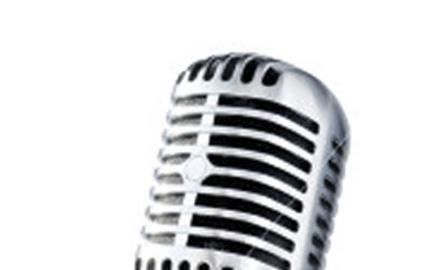 Instead of paying thousands to generate electricity on site, we should be incorporating energy storage into buildings. And Bill Watts says we need spend peanuts to do it

So you’ve done all you can by reducing the need for energy in your building. You’ve insulated your house and removed all the standby loads. You even meet a proportion of the hot water load with solar thermal panels. Your office has reduced its cooling loads and is running like a finely tuned ship.

Now you want to become fully sustainable and get your remaining energy from renewable sources. Being a thinking person, you invest in the cheapest form of renewables. Rather than slather PVs over your roof, which would cost you £15,000, you invest £1,000 in a wind farm to give you the same amount of energy.

But there is a problem in getting to this zero-carbon nirvana. People in the electricity supply industry say that wind (and all the other renewables, for that matter) is not constant and does not match demand. They say that we need to keep our coal-fired power stations on standby to back up these flaky renewable generators. That means that the energy you save from the renewable generation is more than lost with this “spinning reserve”.

They say that the network cannot absorb too much energy when the wind is blowing and something has to generate electricity when it is calm; you simply cannot have more than 20% of wind in a national network.

Despite what the electricity industry says, the availability of energy generated from the diverse sources of wind, wave and tidal power in the UK should be good in a well-developed and integrated system. However, there will still be inevitable fluctuations in supply.

A thinking person may say, then, that I should moderate my energy consumption until renewable energy is available.

The grid comes under stress when there is a peak in demand, on occasions like penalty shoot-outs at the end of a televised World Cup final when widespread, simultaneous switching-on of appliances causes increased demand. Conversely the unexpected failure of a power station will cause a drop in supply. The “spinning reserve” needs to be big enough to meet these eventualities.

However, maintaining this contingency costs us £80m a year and is wasteful of energy as power stations operating at part-load are less efficient than those operating at full-load. The alternative, then, is to modulate demand.

Controlling all the fridges in the UK would control 1,300MW of demand – enough to deal with the ‘spinning reserve’

Dynamic demand is a method for matching energy-generation capacity to the consumer. By measuring the frequency of electricity running through the grid, we can assess how stressed it is. This can be done by an electronic chip costing a few pounds. This chip can be used in a domestic fridge, for example, to stop the compressor running when the grid is under pressure. This means that the fridge has to use its store energy (coolth) until the peak is over.

Controlling all the fridges in the UK would control 1,300MW of demand – enough to deal with the spinning reserve.

Taking this idea on from the humble fridge, we can see how a larger part of the electricity load could be stored and controlled to come on when the energy

is more readily available. Controlling when appliances like washing machines run, storing warmth (or coolth) with thermal mass, or choosing when to charge our plethora of battery-operated devices are all small steps towards a more integrated use of network energy supply.

In time, we can develop more sophisticated systems that could store energy in our cars or electrolyse hydrogen from water to use later in a fuel cell.

The distributed storage of energy will lead to an immediate benefit in improved resilience for the grid and savings on the carbon burned in power stations. Thinking and designing buildings with this in mind will allow large-scale renewable generation to be implemented by getting over the barrier of variability on the supply side.

Rather than worrying about generating electricity on site, the thinking person is incorporating energy storage into their building.

The Department for Business, Enterprise and Regulation Reform is looking into this. It published a report in August in which it estimated that the adoption of this technology in fridges would save 2 million tonnes of carbon dioxide caused by the inefficient use of power stations. However, the crux of the report is concerned with who will pay for the £3 chip that goes into the fridges. But this is peanuts, and applying the technology to other devices would be equally inexpensive. Meanwhile, other parts of central and local government are forcing developers to spend big money on onsite renewables. I don’t have a problem with spending public money to get to a zero fossil-fuel economy, but it should be spent well.