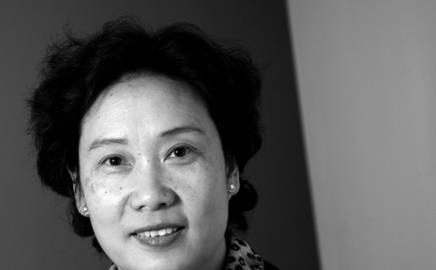 You may never have heard of it, but the Chinese city of Chongqing is the largest on the planet. What’s more, says Li Shirong, it’s growing at a hell of a rate

Here’s a question that may confuse your friends: what is the biggest city in the world? The answers are likely to include São Paulo, Mexico City, Mumbai or Kolkata, but they will all be wrong. The answer is, in fact, Chongqing.

This may be the first time you have heard of it, but it is unlikely to be the last: Chongqing is a city with a population of 32 million people, spread over 40 districts and counties, covering 82,400km2 of western China.

Some 2,500km inland from Shanghai on the banks of the Yangtze River, Chongqing services a wider hinterland of some 300 million people. And it is still growing.

In March last year, President Hu Jintao said that Chongqing should be further built up as “an important growth pole in west China”. Six months later the state council and the national government approved a masterplan for the city to 2020. Under this plan, the city will spend RMB2,000bn (£146bn) by 2012 on urban development

Chongqing is still a developing economy. each year more than 400,000-500,000 people, mainly farmers, become urban citizens in this region

and bolstering its manufacturing industry. Half of this will be spent on infrastructure and real estate. The aim is to continue the rapid GDP growth of recent years. In 2007 this was 15.7% – well ahead of the national average.

It may sound unlikely given the wider global market and spiralling materials prices, but Chongqing is still very much a developing economy. Each year more than 400,000-500,000 people, mainly farmers, become urban citizens in this region, meaning that the ratio of urban to rural population has gone from 20:80 in 1998 to 48:52 last year. It is predicted to rise to 70:30 by 2020.

All of this may well go some way to explaining why, on a two-week trip to the UK that finished last week, I found that people are now much more interested in getting involved in what we are doing in Chongqing. When I came to the UK before in my role in the Chartered Institute of Building and as a trade ambassador for Chongqing, people were very keen on Beijing, Shanghai and Guangzhou, but Chongqing wasn’t even on their radar. Now, I am glad to say, things are different and my trip to Britain was aimed at learning how we can make sure that our growth in Chongqing over the next decade is managed in a sustainable way.

During my recent trip I spent a good proportion of my time in Yorkshire and hope that we have been able to set up some close links with the people and businesses there. There are many similarities between Chongqing and Yorkshire

In this – although we already have a template in Arup’s Dongtan “eco-city” near Shanghai – I hope to be able to learn from the UK’s expertise. We have pursued a number of strategies in recent years to try to improve air and water quality and have had some success, but the aim is to do much more. We are particularly interested in finding partners to work together in developing a “sustainable city” in Chongqing.

We have already identified some potential projects in Chongqing and would like to find partners to work with us on such things as eco-towns (urban area) and eco-villages (rural area) developments, river water pollution treatment, building energy saving, conservation for historical buildings or areas, and industrialised building system development.

During my recent trip I spent a good proportion of my time in Yorkshire and hope that we have been able to set up some close links with the people and businesses there. There are many similarities between Chongqing and Yorkshire: the location, the transportation hub, the manufacturing base, wonderful scenery and places to live, and still a very good strong thriving service industry.

My hope is that we can provide some real projects for potential partners. This shouldn’t be too hard as, after all, they will be looking at working in the world’s largest city.