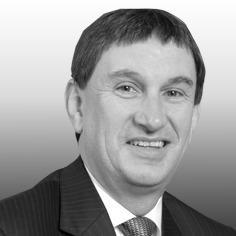 There was not a lot of surprise in Sweett Group that the IMF has turned positive in its view on the UK with its economic growth upgrade to 1.4% this year and 1.9% next. I’ve been quietly optimistic for some time now. An advantage of working as closely with key sectors of UK business as we do is that we are told what is happening on a daily basis across both the private and public sectors. What I’m hearing encourages me.

Of course, the UK still has a two-speed economy, with London booming and much of the regions still in the doldrums. Though, at Sweett Group, we are seeing the green shoots of recovery in many parts of the UK because of investment by pension funds and trusts together with overseas corporations.

Like everyone else we we breathed a sigh of relief that the Debt ceiling impasse in Washington received a temporary extension until January so that cloud is not as threatening but has not gone away. That apart, there is a lot of anecdotal evidence that gives me comfort about the UK and, indeed, other countries in which we operate.

There is a lot of anecdotal evidence that gives me comfort about the UK and, indeed, other countries in which we operate

From our clients I hear that UK inward investment is rising strongly as everyone from sovereign wealth funds to Asian and Middle East investors want their money in the safe haven that the UK offers. According to the Department of Industry and Investment, activity has increased in the UK as a whole by 11% year on year. The UK is a world leader in PPI and a slew of overseas investors clearly see the potential of attractive, long-term and sustainable returns from UK infrastructure.

Corporate projects are also coming back on stream, such as the £330m new headquarters and research centre that pharmaceutical giant AstraZeneca is building in Cambridge. The Cambridge Biomedical Campus site is a growing and thriving hub for world-renowned biomedical activity with over 1,500 hi-tech companies now clustered there. A US client has commissioned us for two Biomed facilities, one of which is a pre-let but the other is a speculative build, a further sign of confidence returning… I could go on.

Investors are showing enough confidence in the future of the City to more than double speculative office building in the last six months, even though 26 million ft2 of office space remains unoccupied. Regional UK cities are now regarded as attractive. A number of corporate funds are bringing forward schemes in the major regional hubs.

Further afield I can even see good green shoots in Ireland, too. Who’d have thought it a few months ago, but activity in the office market there is now being called “robust” and expected to accelerate in 2014. High profile companies reported as looking for space there include Microsoft, Yahoo!, Citibank, Groupon, Arthur Cox and Kelloggs.

Even in Spain, regarded as a serious economic disaster zone, the word “recovery” is being used more confidently, though the economy remains fragile. Three large scale office leasings, by Vodafone, Iberia and Agencia EFE, have turned construction industry sentiment there.

So far, so good! This is why I am feeling quietly confident, even though the ongoing negotiations in Washington could easily divert us off course from the much heralded recovery.

Derek Pitcher is a managing director at Sweett Group