Construction contract mistakes: That wasn’t quite what we meant

When rectifying contracts to fix drafting mistakes, what happens if the parties disagree on what was meant? 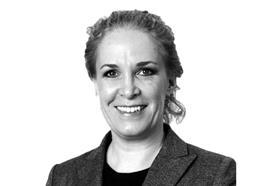 Construction contracts are often so voluminous that it can be easy for mistakes to creep in when putting them together and for the executed contract not to reflect what the parties think they have agreed in all respects. Often these mistakes can be sorted out by agreement – either the parties will amend the erroneous parts in manuscript before dating them, or if necessary they can sign up to a variation agreement to sort them out.

But what happens if the parties don’t agree that there’s been a mistake, or how it should be resolved? The aggrieved party can apply to the courts for rectification of the contract. Rectification allows a court to amend a legal document if, because of a common mistake, it does not reflect the intention of the parties.

What does the aggrieved party have to show? What standards are applied when deciding whether there’s been a common mistake?

And will the courts look at the parties’ actual state of mind (a subjective test) or will they judge the issue objectively?

The Court of Appeal recently looked at this issue in FSHC Group Holdings Ltd vs GLAS Trust Corporation Ltd.

Rectification allows a court to amend a legal document if, because of a common mistake, it does not reflect the intention of the parties

FSHC entered into a complex corporate acquisition in 2012. Due to an oversight, the assignment of the benefit of a shareholder loan was omitted from the documents effecting the acquisition. This was subsequently spotted by FSHC during a review in 2016. At that point, FSHC agreed to correct this omission, and did so by signing up to two deeds that acceded to two pre-existing security agreements. These agreements contained onerous additional obligations. FSHC claimed that all parties involved had intended that these deeds would do no more than provide the missing security and that no one intended that these additional obligations would apply. When GLAS disagreed, FSHC applied to the court for rectification.

At first instance, the judge decided that no one involved in the transaction at the time had reviewed the pre-existing security agreements, and therefore no one had recognised that the accession deeds would have the effect of binding FSHC to the additional obligations. He held that this result was both objectively and subjectively unintended, so that it did not matter whether the objective or subjective test was correct. He therefore granted rectification of the accession deeds so as to exclude the additional obligations.

GLAS appealed on the basis that the correct test was objective and that an impartial observer would have concluded that the parties intended the additional obligations to be binding on FSHC.

Will the courts look at the parties’ actual state of mind (a subjective test) or will they judge the issue objectively?

After a detailed review of previous case law, the Court of Appeal decided that there could be two different scenarios in which rectification might apply:

On the facts of this particular case, the Court of Appeal held that there was no prior contract, so the applicable test was subjective. Based on the findings at first instance, there had been a shared subjective intention as to the legal effect of the supplemental deeds that had been communicated by FSHC to the lender. As a result, the judge’s order to rectify the contract would stand and the appeal would be dismissed.

The court acknowledged that the need in the “no prior contract” scenario to prove the parties’ state of mind creates a significant obstacle to rectification. However, the court saw this as a positive feature, on the basis that the written words of a contract should have primacy except in rare circumstances.

The court’s insistence that rectification should be rare and not easily granted is a reminder that parties should closely scrutinise contracts they intend to sign. While this may not be an appealing step to take when everyone is keen to start work, it may be invaluable in avoiding the cost and difficulty associated with rectification applications.