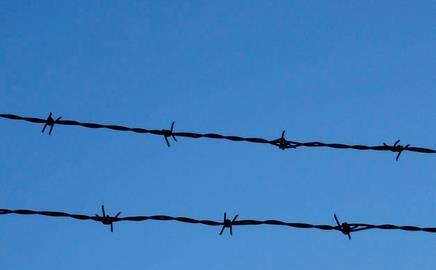 Fraud, theft and vandalism cost the industry more than £1m a day, with some of the stolen plant surfacing as far away as Australia. What can you do about it?

Managing a construction site is a demanding job – and crime prevention is often not a top priority. Yet the industry is faced with a crime epidemic: losses from fraud, theft and criminal damage are estimated at about £400m a year.

The statistics are disturbing: In 2005, Pricewaterhouse Coopers reported that 57% of construction and engineering companies suffered losses from asset theft and 33% had been affected by bribery and corruption.

Recent investigations by the Office of Fair Trading (OFT) have indicated that construction contracts worth up to £3bn have been subject to collusion and companies pay or receive “bungs” of up to £50,000 to lose contracts.

It is quite normal under current industry practice for one individual to be responsible for the selection of suppliers or contractors on a job. The possibility that illegal or unethical influences may be brought to bear is therefore increased. Bribery, tender collusion, tax evasion and bid rigging are most likely to be committed by middle managers as they have greater opportunity to bypass financial controls or manipulate procurement processes.

The National Audit Office estimates that £6.5bn is lost to fraud annually in the industry, and so great are the concerns that the 2012 Olympic construction projects, which are estimated to be worth £3bn, may be blighted by fraud that there have been appeals by the OFT for construction industry staff to operate as undercover agents or whistleblowers, informing on their companies or competitors.

In addition to fraud, the UK construction industry suffers from indeterminate losses of materials and plant through theft, vandalism and from fire, whether deliberate or accidental. The market for stolen plant is global with proceeds being used to fund organised crime and terrorism.

The National Plant and Equipment Register (TER) reports that plant and equipment theft rose 20% in 2005 to £43m.

Spotting a site foreman wearing a pair of Gucci shoes gave the investigation team an early indication that things were amiss ...

There are industry initiatives to tackle the issue of plant theft, with organisations such as the Construction Industry Theft Solutions and Plant Theft Action Group promoting practical steps and best practice to combat the issue; however less than 5% of property is recovered and primary responsibility for keeping it safe in the first place rests with those managing sites.

Construction sites are easy targets for thieves. Most have poor perimeter security, inadequate lighting, a lack of CCTV surveillance and insufficient inventory and asset tracking. Security personnel can be de-motivated and unlikely to be an adequate deterrent to an increasingly sophisticated and professional criminal fraternity who view construction sites as rich pickings that allow for high financial gain for minimal risk, quick and easy profits for thieves and rogue operators.

During a recent review of site operations for a landfill and skip hire operation an astonished client was told that more than 50% of its 32-yard roll-on/roll-off bins were being hired out by a group of corrupt employees and of six newly purchased bins, only two were in legitimate use.

Spotting a site foreman wearing a pair of Gucci shoes gave the investigation team an early indication that things were amiss, an obvious sign that management had failed to spot. It transpired the foreman was the ringleader of a criminal gang that had perpetrated a prolonged scam, costing the company thousands in lost rentals.

Although a large proportion of losses can be attributed to careless housekeeping and either inefficient or non-existent site security, increasingly, organised criminal gangs are involved with stolen plant being recovered in central Europe, Asia and even Australia.

Site security, site safety and fire prevention need to be considered holistically rather than as isolated issues. It is essential that all employees, including subcontractors, take seriously the need for security and take personal responsibility for equipment and plant.

Site security needs to be actively managed and increased security awareness, the implementation of cost-effective security measures and adherence to clear policy and procedure will significantly combat the upsurge in crime on sites. Just how you go about planing an effective security strategy will be discussed in future articles.

Log on to www.building.co.uk/legal for the latest news from the legal world