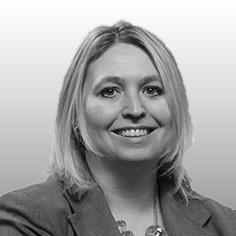 Modern slavery is an abhorrent form of exploitation, with ruthless criminals targeting society’s most vulnerable people for monetary gain.

Earlier this year, we brought in the Modern Slavery Act - the first act of its kind in Europe - to give protection to victims and lay harsh penalties on offenders, who now face up to life imprisonment if they are convicted of slavery offences.

To mark Anti Slavery Day on Sunday, we want to highlight the plight of those trapped in abhorrent cycles of exploitation, and remind businesses and consumers that they can help prevent these crimes.

Industries such as construction, which employs many thousands of people, can play a vital role.

Last year, 2,340 potential victims of slavery from 96 countries of origin were referred to the National Referral Mechanism – up more than a third from the previous year.

If someone seems malnourished, unkempt or injured, they wear the same clothes to work every day or clothes that are not suitable for their work, these may be warning signs

Being aware of supply chains is an important step all businesses can take and later this month a new duty will come into force, subject to parliamentary approval, that will ensure transparency.

The duty, which is part of the Act, will require all firms with a turnover of £36m or more to set out every year the actions they have taken to ensure there is no modern slavery in their organisation and their wider supply chain.

It will affect around 17,000 businesses that operate in the UK – and many of these will be in the construction industry.

Whether businesses are large or small, they can all play a role. There are things to look out for if you are concerned about a colleague or group of employees at work.

If someone seems malnourished, unkempt or injured, they wear the same clothes to work every day or clothes that are not suitable for their work, these may be warning signs. They may also seem frightened or unable to easily interact with other colleagues.

By raising awareness of these awful crimes and committing to stamp out modern slavery we can make a difference.

Businesses and consumers wanting to show their support for Anti-Slavery Day today and for slavery-free supply chains should tweet using #EndSlavery on social media.

Let’s make slavery a thing of the past.

Karen Bradley is minister for preventing abuse and exploitation