Some wait to be regulated before they change, well now radical reform is coming to this industry and it better prepare 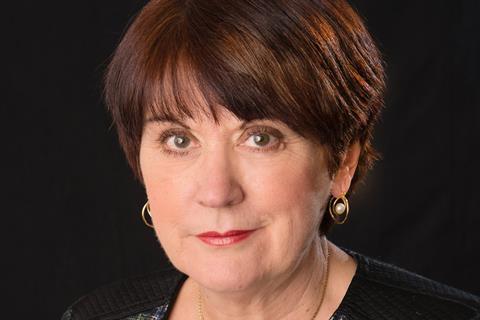 This week is an important landmark in the journey to “Building a Safer Future”. Although there has never been any doubt in my mind that this fundamental reform of the system would take place, it is now clear to everyone that the ambitions and recommendations I set out in my review in 2018 are going to happen in full.

The publication of the draft Building Safety Bill makes clear to residents that their need to feel safe and be safe in their homes is at the heart of the system.

The whole of the industry is now on notice that the race to the bottom, the fragmentation, the passing on of responsibility to others has to stop and a new culture must take over now, not wait for the new rules to come into effect.

The industry is now on notice that the race to the bottom, the fragmentation, the passing on of responsibility to others has to stop

One thing I’ve learned in the last two years is that this industry is capable of massive change. Innovation and new ways of working are needed now to improve productivity and deliver safe buildings. I have every confidence in the industry’s ability to do that.

There are many who already know that and welcome this, including the organisations that have been working with government and other stakeholders to deliver the much-needed changes voluntarily and helping to shape this radical reform of regulation that places responsibility where it should be.

Yet there are still too many who choose to wait until they are told to change by regulation.

Whatever reasons some parts of the sector may have had for holding back thus far, with a changed regulatory environment now clearly on the horizon, change is needed - and at pace.

I want to see the whole industry raise its standards and perform better. This means not just major contractors but tier 2 and below and throughout the supply chain. We all understand that businesses will need to work hard to survive in these challenging economic times but the safety of residents must become core to building new and maintaining existing properties.

The draft bill makes clear who the new regulator will be and the way in which the new regime is intended to work, but now we need to flesh out the detail. To do that we need those who are already demonstrating good practice to step up and work with us.

The new Building Safety Regulator will move as quickly as they can to operate in shadow mode and to ensure that those involved in construction and those who own and manage existing buildings are held to account to deliver safe buildings.

Because the new regulator is going to be part of the Health and Safety Executive their intelligence gathering on who is committed to doing the right thing has already begun. We can be confident that they will hit the ground running – working with those who are committed to delivering the right outcomes and very quickly holding to account those who choose to delay or avoid their responsibilities.

To anyone questioning the length of time it has taken to get to this stage, and the overall implementation timetable for the new regime, the sheer scope of change will now be clear to anyone who has looked at the draft bill. Getting it right has taken a huge amount of effort from a dedicated team of people including many stakeholders. Given its scale and complexity, the bill is being published in draft, to ensure it undergoes proper consideration and scrutiny before it enters into law. This means the industry still has the opportunity to engage further with the government on issues ahead of implementation.

I hope that the leaders in this sector will take heart from the publication of the draft bill that they are now in an advantageous position to lead the way forward not just for their own organisations but for the whole industry.

Enough talk – now is the time for real change.