Continuing our series on difficult jurisdictions, Stuart Nash looks at Iraq, where the country’s extensive oil reserves should provide an enormous boost to the economy

Following the two Gulf Wars and the period of UN sanctions, Iraq is trying to restart its economy from the proceeds of the sale of its most abundant resource - oil. The current rate of production is 2.5 million barrels a day. If targets are met under the recently awarded contract for the 10 largest oil fields, within seven years the rate will be 11.25 million barrels a day.

Iraqi oil will be around for many years: the proven reserves have in the last few decades been estimated at 115 billion barrels, and recently the Iraqi oil minister increased this estimate to 143.1 billion barrels. Furthermore, only 100 of a potential 500 oil-producing sites have been explored since the discovery of oil in Iraq in 1927.

Tapping into this valuable resource will provide work not only for oil companies but for the construction industry as the government spends its oil revenues.

A bespoke contract has been drafted by the Iraq ministry of oil for the rehabilitation, improved production and enhanced recovery of petroleum from the 10 largest Iraqi oil fields. Following two bidding rounds in 2009, technical services contracts (TSC) were awarded to various consortiums of international and national oil companies. These are now mobilizing and commencing work in Iraq. 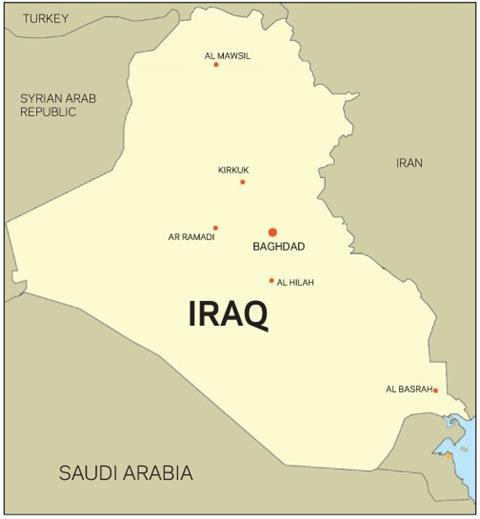 Corruption
The Transparency International Corruption Perceptions Index ranks Iraq 175 out of 178 countries. The government is taking measures to change this perception. For example, it has signed and ratified the UN Convention against Corruption. In addition, Article 43 of the TSC requires not only the contractors but also all subcontractors and all related persons to be in strict compliance with the UN convention and all relevant business ethics laws in the countries of the company’s incorporation.

Statutory and regulatory environment
Under the Saddam Hussain regime, non-Arab foreign entities were not permitted either to invest directly into Iraq or to establish companies or hold shares of companies. Since 2003, legislation has been introduced by both the Coalition Provisional Authority and the government of Iraq which has dramatically liberalised the business environment making Iraq arguably the most business friendly country in the Middle East.

The Iraqi Company Law no 21 of 1997 was amended in 2004 to allow foreign companies and foreign individuals the right to establish limited liability companies and to hold shares and equities. The New Investment Law no 12 of 2006 aims to encourage foreign investment by allowing foreign ownership and investment in companies. It also provides for guarantees against confiscation, a 10-year tax exemption and exemption from custom duties and fees for machinery and materials imported for a variety of projects.

Courts and arbitration
Iraq’s new constitution of 2005 provides that Islam is one of the foundation sources of legislation. The legal system is based on a combination of Islamic and Roman jurisprudence. Advice on Iraqi law will need to be obtained for specific matters.

Arbitration law is governed by Articles 251 to 276 of the Code of Civil Procedure no 83 of 1969. Any arbitration which takes place, even if a foreign party is involved, is considered a domestic arbitration.

However, the New Investment Law does allow parties to choose international arbitration if they wish.

Iraq is a member of the League of Arab States and in accordance with the 1985 Riyadh Convention on Judicial Cooperation, enforcement of arbitral awards among the signatory states is possible. Iraq is not a signatory to the New York Convention on the Recognition and Enforcement of Arbitral Awards. Therefore, if a foreign party obtained an arbitral award against an
Iraqi company or the Iraq government, it would have to enforce the award through the Iraqi courts. Iraqi officials have indicated that the government will sign the New York Convention in the near future.

For more from Building in Iraq, you can tour the country using an interactive map, read David Matthews’ blog and take a look around Iraq’s biggest construction site by video at www.building.co.uk/iraq