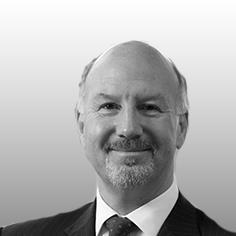 Last week’s autumn statement was one of the last big economic events of this government before the end of the Parliament. It was an opportunity to announce new policy developments and with an election around the corner, a time to signal policy direction for the longer term.

Our starting point is that the scale of house building activity across the country needs to be significantly increased. The problems with our current housing market have been decades in the making and obviously will not be solved overnight. But with a shortage of new housing development of at least 100,000 homes a year, it is a time to signal bold new initiatives that can meet this challenge.

As things currently stand, there are some positive signs but there are also indications that in some areas at least it is not so good. NHBC figures report that housing completions were strong overall between August-October 2014, with a year-on-year jump in registrations of 20% in the private sector (to 14,000 homes). More disappointingly the public sector saw a 7% fall, to just 2,800 new dwellings. Across the country, some regions are doing well such as London, but many others are not so good. Although there is positive news, certainly for the private sector completions, there remains a huge challenge. There is an obvious problem with the numbers of public housing completions, but even looking at the figures in the round, they flatter somewhat, as they reflect increases from a historically very low base. There is therefore still a lot more to do.

There were a number of announcements made during the Autumn Statement which are worth commenting upon further.

The first and perhaps the most significant is the announcement the government will directly commission the construction of new housing developments, starting with a site in Cambridgeshire. A review will follow to see if this approach can be rolled out further across the country. This is a very welcome move, particularly if the government intervenes in sites with adverse infrastructure costs and which are unattractive to developers otherwise. But also if some large government sites can be developed, this will be a forward commitment to build quite large volumes of homes on a yearly basis and provide much needed certainty for the housebuilders involved. The government should be playing a role directly, as should local authorities and housing associations. The scale of the issue is such that surely the more hands on deck the better.

Also to be welcomed was the commitment to a consultation on how housing associations value their properties for borrowing purposes. There is an opportunity to enable housing associations to invest significant new sums by changing the rules regarding the calculation of their capital to loan ratios, which might be able to deliver tens of thousands of new homes.

So whilst these measures are positive in their own right, in isolation they will not be sufficient to deliver the big increases to the level of house construction that many are demanding. By way of example, the government announced that Bicester in Oxfordshire would be the site of the second Garden City. It will get an extra 13,000 homes and double the size of the town - a scheme we very much welcome, as one of the housing partners already engaged. But even if all these homes could be all be built in one year, the country needs another seven Bicester’s annually to meet the target and that is a big ask. For that we will need to look at the planning system and other measures to increase the supply of developable land. With the general election coming up, lets hope we can have a positive debate around the type of measures that could deliver just that scale of new house-building.