Dispute resolution processes can be written into contracts to guard high value projects. But what if the parties can’t even agree on how the process should be conducted? 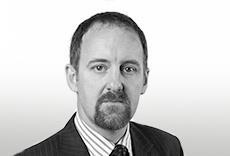 Complex and high value contracts involving substantial work often contain multi-tiered dispute resolution processes. These may culminate in either arbitration or litigation. They may also include adjudication, either as part of the contractual process itself or as may be implied by statute if the contract in question is a construction contract as defined in the 1996 Construction Act and if the work in question is a construction operation. If, of course, statutory adjudication does apply then the parties may adjudicate at any time. If it does not, however, the parties then have to rely on the contract to conduct their disputes.

It is well established that the courts will not enforce an agreement to negotiate or to settle disputes amicably since such agreements are simply too vague to be policed properly. On the other hand, the court will want to give effect to the parties’ contractual bargain. Consequently, the main issue for the court to decide in such cases is whether the clause is clear enough to make it workable.

The question comes up fairly regularly, and most recently in Wah (aka Alan Tang) and Another vs Grant Thornton International Ltd and Others.

How does the court decide whether a multi-tiered dispute resolution clause is enforceable? Each case will clearly rest upon its own facts and a consideration of the detailed wording of the contract in question. However, a number of basic tests were set out in Holloway and Another vs Chancery Mead Ltd in 2007.

These are as follows:

The decision in Tang follows the Holloway approach. This particular contract contained a clause requiring conciliation prior to the commencement of arbitration. The clause in question was quite detailed but the court came to the view that the relevant provisions were too equivocal in terms of the process required and nebulous in terms of the parties’ obligations to be capable of being an enforceable condition precedent to arbitration. In particular, there was no guidance given as to the quality or nature of attempts to be made to resolve the dispute before the parties could arbitrate. Building upon the Holloway test, the court set out three things that an enforceable clause would need to prescribe without the need for any further agreement between the parties:

If the clause contains a provision prohibiting litigation or arbitration until certain other events have been completed (such as an attempted mediation), the test is whether those events are sufficiently defined and objectively ascertainable to allow the court to determine whether and when they have occurred.