Do we have a deal?

Is Labour’s aim to replace the Green Deal really the best way forward? 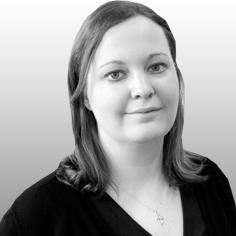 For a sector just starting to recover from the twin foes of recession and three years of brutal capital spending cuts, David Cameron’s vision this week of Britain as a “land of opportunity for all” might sound a little distant, if not downright utopian – at least as far as construction is concerned.

However, it is clear from the Conservative conference that the party’s attitude is shifting on some core policies that could create a better environment for the industry. Chancellor George Osborne’s pledge to increase capital spending at least in line with rises in national income was, as statements of intent go, probably as big a win as the sector could have hoped for. And also of note is the decision to bring forward the second phase of the Help to Buy initiative, enabling banks to offer state-backed mortgage guarantees. This change was partly made to fuel housebuilding’s recovery – even if it has raised very real fears among some quarters of creating a house price bubble instead.

But against all these positive moves, inertia over one major initiative stands out. Despite the fact that, since its launch in January, only 12 households have got a Green Deal plan up and running, the government – and the Conservative Party – are still skirting around the issue of the scheme’s woefully slow start.

The lack of decisive action to drive the scheme forward has now – with a depressing inevitability – led Labour to seize on the Green Deal as a means to attack its political rivals. And while the Opposition’s headline-grabbing pledge to review and replace the whole scheme might seem a tempting way to get an initiative that actually works, it also seems like a hugely unnecessary leap.

Labour’s shadow minister for climate change, Luciana Berger, writes in Building this week that the “number one priority” in introducing a new scheme would be a smooth transition (see news, and news analysis). A laudable aim, of course, but that notwithstanding, it is inevitable that a process of review, consultation, and replacement would lead to uncertainty and disruption in the sector. And that uncertainty would likely manifest itself in at least some hiatus in take-up of the scheme. Given the low base at which it is currently operating, further delay would be tantamount to pushing it into a coma. Even before all that, the very fact that Labour – which, at present, looks to have every chance of making a fight of the next election – has made this aggressive pledge of replacement, could spook the market in itself.

The surest way of this damaging disruption being avoided, and the scheme being put on a path to growth, would be for the government to act now to introduce some of the improvement measures being called for by this industry – such as take-up incentives and lower interest rates on loans – the same suggestions that will form the backbone of consultation responses to Labour and that therefore, it’s fair to assume, would inform any relaunched initiative.

If the government acts, then the industry and the environment would both stand to win – with a growing scheme and a far more certain trajectory. And if that isn’t enough incentive for energy minister Greg Barker and his colleagues (and if not, why not?), then surely, finding a simple way to see off a Labour challenge – in one area at least – can only add to the appeal.

Sarah Richardson is editor of Building