Does the construction sector have a pensions problem?

Given the thin margins and cash flow squeezes that characterise the sector, sponsors need to be prepared for any future downturn 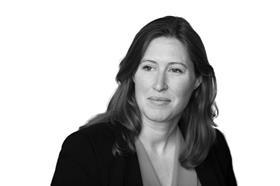 Following the failure of Carillion and BHS, the Pensions Regulator has taken a “clearer, quicker and tougher” approach. This means, in simple terms, more cash.

The construction industry is well known for being highly competitive – wafer thin margins and cash flow squeezes are par for the course. Brexit uncertainty and a looming recession meanwhile, are depressing construction activity in many areas and, according to statistics from the Insolvency Service, insolvencies in the sector were up by 12% in 2018 compared to 2017 and activity in the sector shrank for a third consecutive month in July. Indeed, for some players in the sector shareholder pressure to deliver growth regardless of these challenges, has led to highly competitive pricing and the temptation to expand into potentially risky new endeavours.

In any sector with large, long-term contracts, the benefit of committed revenue visibility is countered by the opacity of these agreements.

The introduction of the accounting standard IFRS15 sought to improve consistency and clarity in revenue recognition but, from the pension scheme’s perspective, it is still difficult for trustees to assess the risk of onerous contracts from the outside.

Following recent challenges to the audit profession, many pension trustees feel it is no longer prudent to rely simply on auditor opinions and want to understand the underlying risks. While a pension scheme is a very material creditor, often it finds itself behind lenders in terms of security and information provision. Trustees are, however, stepping up their monitoring of sponsors with an emphasis on identifying and understanding early-warning signals, such as reduced cash conversion, creeping debtor days and increased leverage.

Trustees are looking to identify the key risks and determine practical contingency plans to mitigate those risks. In the absence of clear contingency plans and information provision, cash funding must be prioritised – hence the increasing lack of flexibility.

If sponsors want trustees to offer flexibility, engaging with them to understand and address their concerns on the long-term ability of the sponsor to support the scheme is key.

Likewise, smart corporates are looking to understand the risks and volatility in their pension schemes to avoid inconvenient, unpleasant and embarrassing surprises.

The pensions regulator for their part provides guidance on integrated risk management, which encourages trustees to work collaboratively with sponsors to identify and manage factors affecting the payment of members’ benefits. A procyclical sector such as construction has a significant challenge with correlated risks, in that a recession scenario could negatively impact the sponsor at the same time as the scheme, leading to an increased deficit when the sponsor is least equipped to respond to it.

Ultimately, the best underpin for a defined benefit pension schemes in the sector is having a healthy employer. Trustees are keen to support their sponsors in this regard but are much better equipped to do so if they have a history of collaboration. For example, a sponsor that has paid material dividends in the good times without equivalent pension contributions may find the trustees expect support to come from shareholders in difficult times rather than through increased trustee flexibility.

Given the fine balance that many companies in the construction operate on, failure to acknowledge and manage pension risks can allow the problem to build to unmanageable levels, particularly, for maturing schemes, which are less able to “bounce back” from downside scenarios. With continued Brexit uncertainty pushing construction sector optimism to its lowest since 2012 (according to IHS Markit), sponsors of DB schemes must keep their fingers on the pulse to avoid unexpected pensions demands, which could ultimately lead to an insolvency disaster.

Given the thin margins and cash flow squeezes that characterise the sector, sponsors need to be prepared for any future downturn and should work with their scheme trustees to recognise the correlated risks faced by both the company and the pension scheme. A strong company and a well-funded scheme should weather any storm – even in sectors such as construction which are troubled by risk and external pressures.

Emily Goodridge is a director at Lincoln Pensions