Don’t let them keep your money 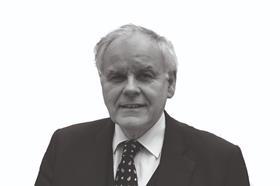 Recently this magazine published a blog written by David Frise, chief executive of the Building Engineering Services Association; it was titled “The hypocrisy of retentions” (2 October). He was referring to a comment made by the executive chair of housebuilder Redrow Homes that it was “ridiculous” home buyers should insist on deducting retention money.

This was the attitude adopted by Persimmon Homes until it had a change of heart earlier this year. Persimmon now allows customers to withhold a 1.5% retention, pending completion of any required remedial works. Even so, I suspect some housebuilders are deducting a higher retention percentage from firms in their supply chains.

The hypocrisy that David Frise referred to was the fact that housebuilders withhold retentions from their contractors while denying their customers a similar right. In this respect, Redrow is no exception.

Clause 15.11 of Redrow’s own subcontract conditions state: “The company, unless otherwise agreed in writing, shall deduct 5% retention from all payments to the contractor which will be due for release at the expiry of the 24 months from the completion of the last dwelling in the order or on the site or agreement of the final account, again whichever is the later.” Emphasis added.

This clause is much more onerous than the standard retention provisions, which enable the release of half the accumulated retention at practical completion with the second half released within a 12-month period thereafter. Moreover, it is questionable whether this clause complies with the law. Section 110 of the Construction Act provides that construction contracts must “provide an adequate mechanism for determining [when] payments become due under the contract”.

In a case in Scotland some nine years ago, the court had to consider the legality of a retentions clause in a housebuilder’s contract.

In this case, 65 new-build flats were to be constructed in three separate blocks by Zoom, a developer. AMW carried out the plumbing and heating installation. The first two blocks were completed by 17 October 2008. Zoom postponed commencement of work on the third block (as it was contractually entitled to do).

There were no complaints about AMW’s work. Payment (excluding the 5% retention) had been discharged as each block was completed. The contract stated that the retention would reduce to 2.5% on practical completion of the whole development and then the other half would be released one year later if the work was defect-free. With no immediate prospect of work on the third block starting, AMW demanded release of the 5% retention on the first two blocks.

Sheriff Principal Taylor held that the retention provisions were not an adequate mechanism for payment. Zoom could put off the release of retentions indefinitely because it had full control over the events allowing for retentions release.

Sheriff Taylor put this succinctly: “I fail to see how it can be deemed adequate for contractors to have to wait for their employers to take a particular step which they alone control before the contractors can receive payment for work properly carried out in conformity with the contract.”

Therefore, the fallback provisions in the Scheme for Construction Contracts (Scotland) Regulations 1998 applied. Under the scheme, the retention money should have been released on the expiry of seven days (or on the making of a claim by the payee if later) following the relevant period defined in the scheme as 28 days.

Since the blocks were satisfactorily completed on or before 17 October 2008, the retention money should have been released on 21 November 2008 or on the making of a claim by AMW. AMW’s claim was, in effect, the court proceedings issued in 2009. Therefore, the money became due within seven days of the date of issue of the proceedings.

The outcome in this case may be equally relevant to Redrow’s clause 15.11 since it can be safely assumed that the timing of each of the three events in clause 15.11 will be solely under the control of Redrow.

Given the wording of clause 15.11, Redrow’s contractors could be waiting a very long time for their money. There is unlikely to be a fixed programme for the completion of the houses since completion of each dwelling will, no doubt, run in tandem with the rate at which each is sold.

My advice to Redrow’s contractors waiting desperately for the release of their 5% retentions is to challenge the legality of clause 15.11 of its subcontract conditions in adjudication.