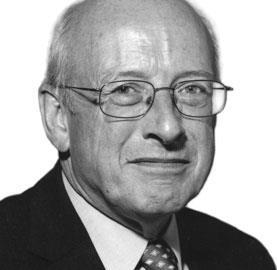 It is vital to maintain good working practices and industry capacity, so that when the recession ends Britain can meet the challenges of a new era

There are two main things the industry should try to avoid during the recession. First, losing capacity and, second, abandoning the industry improvement programme that has done so much to raise performance standards in recent years.

Of course, more immediate pressures are occupying industry leaders at present. The impact of the global financial crisis is being felt here and in virtually every market around the world, and there are few construction organisations not feeling the chill of recession. Even sectors that have been hit less severely than most, financial uncertainty and the knock-on effects of a steep and sudden fall in confidence have left their mark.

At a time when so many firms are struggling to stay alive it may seem strange to be talking about maintaining capacity, but this is not a time to close one’s eyes and hope we will soon return to what was considered normal until the summer of 2007.

That prolonged and sustained period of growth did wonders for the industry in the late nineties and early years of this century, but we treat that as “normal” at our peril. The current correction is almost certainly so severe precisely because the upturn just before it lasted far longer than most previous booms. Furthermore, it was probably the last great upswing of the era of carbon profligacy. As the threat of global warming becomes ever more severe, we know that we simply cannot sanction further unsustainable patterns of growth and consumption.

This does not mean that we all have to put on hair shirts and deny ourselves any opportunity for future economic advancement. The challenges of global poverty and the aspirations of developing nations would make it impossible for us to sustain a policy of no further growth, even if this were politically acceptable in the advanced world – and there is no evidence to suggest that it will be.

However, the harsh truth is that when recovery comes, the industry will need to have changed fundamentally to be able to respond to the sustainability agenda. In what will inevitably become an even more competitive global market, the UK construction industry will have to be truly world class if it is to hold its own and not lose its market share. That is why maintaining capacity and continuing the industry improvement programme is so vital.

We simply cannot sanction further unsustainable patterns of growth and consumption. This does not mean that we all have to put on hair shirts and deny ourselves any opportunity for future economic advancement

To those who argue that this is simply an unaffordable luxury during a period of recession, let me point to the Olympics project. Because the Olympic Delivery Authority (ODA) adopted best practice principles from the outset, the performance that the firms working on site are achieving is exemplary.

Whether we are talking about training, health and safety, employment practices, environmental responsibility or simply the management and co-ordination of projects, almost all of which are either on or ahead of schedule, the performance at Stratford is something that the whole industry can take pride in. This is being achieved despite massive pressures on the 2012 budget, caused by the loss of private sector contributions that were anticipated and the government’s determination to avoid any further escalation in spending on the Olympics.

John Armitt, David Higgins and their team at the ODA deserve great credit for this, and the whole industry will benefit if the Construction Commitments, which have underpinned performance on the Olympic site, are adopted more widely throughout the industry. This was the intention when, in more benign economic circumstances, the Strategic Forum agreed to promulgate the commitments as a set of guiding principles for the industry.

Now, in a much harsher environment, it is essential that we hold on to these principles so the industry that emerges from recession is properly equipped to rise to the new challenges it will face.

Nick RaynsfordNick Raynsford has been the member of parliament for Greenwich since 1992 and Greenwich and Woolwich since 1997. He joined the government in 1997 and held responsibility for housing, planning and construction as well as being minister for London. He was minister for local and regional government in the office of the deputy prime minister from 2001 to 2005. He was made a privy councillor in the 2001 New Year’s Honours. He left the government in 2005. Nick was shadow minister for housing and construction from 1994 and front bench spokesperson for London from 1993. He was a member of the environment select committee from 1992 to 1993. He was member of parliament for Fulham from 1986 to1987 and was a councillor for the London borough of Hammersmith and Fulham from 1971 to 1975. He was director of SHAC, the London Housing Aid Centre from 1976 to 1986, and director of Raynsford & Morris Housing Consultants from 1987 to 1992. Nick Raynsford is honorary vice chairman of the Construction Industry Council. He is an honorary fellow of the Institution of Civil Engineers, the Institute of Structural Engineers, the Royal Institute of British Architects, and the Royal Town Planning Institute, and an honorary member of the Royal Institute of Chartered Surveyors and the Chartered Institute of Housing.  He is president of the Labour Housing Group, the National Home Improvement Council, Youthbuild and the Constructionarium, and a vice president of the Town and Country Planning Association. He is chairman of Triathlon Homes, the NHBC Foundation, the Fire Protection Association Council, the Centre for Public Scrutiny and a Trustee of Open City. He is a non-executive Director of Hometrack.