Elections? Who needs them 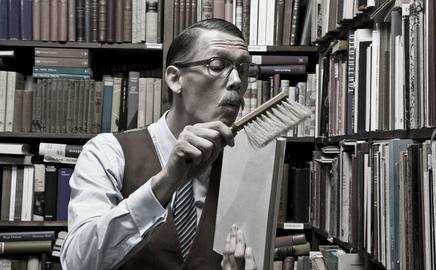 Back issues special We had two other hung parliaments in the past hundred years. If the election of 1974 was bizarre by today’s standards, 1929 was truly surreal,

The February 1974 poll was held during a national nervous breakdown. Britain was working a three-day week and GDP in the first quarter fell 2.4%, but thanks to the Barber Boom, inflation was 16% and the mortgage rate was 11%. There was a balance of payments crisis, a sterling crisis and an energy crisis. There was even a banking crisis and a credit crunch, although it was confined to the building society sector. The Heath government, which had bristled with plans to change Britain into a sleek, modern European economy, went to the country 16 months before it had to. Shortly before it did, William Armstrong, the head of the Civil Service, had a real nervous breakdown.

What did the construction industry, as reflected by Building, make of all this? Well, there were two main issues on its mind. The first was the fact that Anthony Barber, in his emergency budget of December 1973, took £850m out of government capital spending. Given that P&O launched a £25m takeover of Bovis the same month, that was serious money. In fact it was something like £13bn in 2010 pounds, and so rather closer to the scale of the cuts we can expect next year.

The magazine’s view was that the industry had maintained an “abject silence” about this, and it didn’t try to hide its frustration. “The building industry has a fair claim to be the most fragmented in the country,” it moaned. “There are 393 employers’ bodies and the past is littered with the corpses of past attempts at merger.” Of course. Who could forget the sad fate of the Building Services Engineering Society, strangled at birth by the IOB, the RIBA, the RICS and the ISE because they thought it might be part of a plot by the ICE to stop the Institute of Heating and Ventilating Engineers gaining a royal charter?

The magazine went so far as to organise a conference for the industry’s decision makers and opinion formers, but their main idea was to form new industry bodies: a working group to stimulate thought, a Civil Construction Industry Association and “a small but high level unit within government to help make and implement plans for the service of the industry”. That last suggestion sounds uncannily like a chief construction adviser, but the others were not to be.

The other great preoccupation of the magazine was the rate of housebuilding. This issue used to dominate early post-war elections in the same way the NHS did in the eighties and “fairness” did in 2010 (not so surprising given that one in six houses lacked an inside toilet, a bath or hot water).

Ted Heath had promised that output would be greater than 300,000, and it had fallen to what was (under) estimated at 215,000 in 1973. And after the Tories failed to win the election, that was seen as a principal cause. Which was bizarre. In fact the housebuilding industry was enjoying an extraordinary boom: in 1973 it built houses worth £31bn (in 2005 pounds); in 2007 the figure was £22bn.

After Labour took over, the magazine warned that “government action has to be taken quickly to safeguard the value of the pound and conserve such resources as we still possess for the economic measures to come, which will have to satisfy the IMF as much as the electorate”. When Denis Healey produced his first emergency budget for the minority Labour government, it assigned £350m (that is, about £5bn) for new municipal housing and the buying up of 30,000 unsold private houses. Against the background of deepening recession this was a bold move. The aim was obviously to prepare the ground for the October election, and Building reckoned the Wilson regime might make a go of it – so long as it didn’t nationalise North Sea oil or development land – or “take Britain out of the EEC immediately”. What actually happened was that Labour won a small majority, and staggered on through five more years of stagflation and visits from the IMF.

The other hung parliament of the last century was produced by the May 1929 election. This really was a good election to lose, and unfortunately for Ramsay MacDonald’s Labour party, they ended up forming the government of the doomed.

Building, then known as The Builder, was a conservative and Conservative magazine and spent much of its pages reviewing ecclesiastical design, campaigning against “modern” buildings (unless they had a decent entablature) and bemoaning the expenditure of £60m (£3bn) on new-fangled things like roads, which simply encouraged time-wasting pleasure seekers to hold luncheon parties.

On 12 July it finally noticed that some sort of vote had been held, but it didn’t approve. “We think it may be said that nothing is more disturbing to the industrial prosperity of the country than a general election – except a general strike.” Which is pretty much the thrust of the present magazine’s coverage of the present hung parliament. But what really upset the 1929 editor was “a particularly unfortunate feature – that domestic questions such as unemployment and road-building suddenly became political questions”. Well, the past is another country where they do things differently. Very differently.