For and against: Two planning experts debate reforms in the white paper

The government’s proposals for a radical overhaul of the planning system has triggered a fierce debate in the industry, with small housebuilders broadly coming out in favour while critics have derided the reforms as shameful.

The controversial shake-up will see the current system, in which councils determine every individual application, abandoned in favour of one where councils effectively give permission in advance by zoning swathes of land for growth.

So what do the experts think? We asked Chris Katkowski who was involved in drafting the white paper to put the case for the reforms, while Mary Parsons of the Town and Country Planning Association puts forward her concerns. 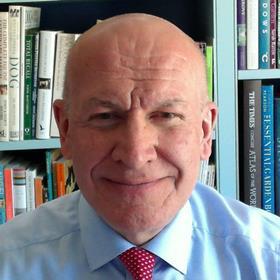 If like me, your working life brings you into frequent contact with planning and you’ve ever thought to yourself, ‘that’s pretty daft, there must be a better way of doing things,’ then imagine how it felt to be asked by the government to work up radical reforms to improve the planning system. I was a member of the taskforce that came up with the ideas in the white paper, Planning for the Future.

These are big ideas about big things. A wholly reimagined system of local plans without hundreds of pages of often inconsistent words that you need a lawyer to interpret; instead a readily understandable visual plan of what is permitted where, what’s OK in principle and what is protected from development. This seems sensible to me.

How about ideas which will facilitate the building of better homes, places you are proud to call home. Sounds good to me. How about binning the opaque process of negotiating section 106 planning obligations and paying the Community Infrastructure Levy governed by mind-numbingly obscure rules, and bringing in a straightforward new payment, with local authorities given more power over what to spend the money on, including affordable housing. Commendable surely. These are just three of our big ideas.

But wait a minute, won’t these proposals take the ‘local’ and ‘democracy’ out of local democracy? No, they will not. Local councillors, local people and local communities will have more power to shape what should and should not happen in their locality. What will change is local democracy will play a bigger role earlier on at the formative stage’ which matters the most.

Hold on though, how on earth will hard-pressed cash-strapped local authorities manage to implement all this? The white paper explicitly recognises that councils will need to be properly resourced and given practical help to deliver the new system. It is not proposed to leave local authorities to work it out for themselves and add the cost to council tax bills.

I will finish with a plea. Please give the white paper a fair reading. Let’s make a better planning system work. Wouldn’t that be a fine thing? 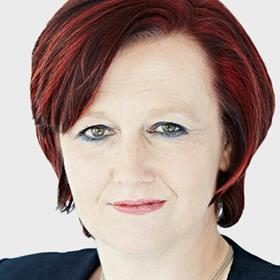 As a Building Better Building Beautiful (BBBB) commissioner there is much to be welcomed in the planning white paper. There are many recommendations from this commission’s report, Living with Beauty that are almost copied across. Bringing a stubbornly analogue planning system into the digital age. Simplifying the local plan development stage and using it to push democracy upstream by properly engaging people in determining the future vision for their area.

But there are a few bits that were missed. The devil is in the detail, for example requiring minimum standards for all homes whether new or built using permitted development rights which I hope will not get lost completely downstream.

The TCPA has come out in response against the proposals. We are not suggesting that reform is not needed. Just as the BBBB commission was set up to look at the barriers in the planning system the TCPA’s own Raynsford Review shone a spotlight on the issues and called for a reformed system that puts people back into the heart of it. At the centre of the debate is whether these are solutions to the wrong starting assumption – that planning holds back the delivery of housing - which evidence suggests is not the case.

The concerns that the TCPA and others have raised, is that while the white paper says democracy will move upstream, it reduces local democratic oversight and bypasses communities at the application stage in some of the areas defined by the new planning zones. At the same time, the paper does not offer much on the contribution the planning system makes to improving health and well-being. It also suggests the date for achieving zero carbon homes is put back beyond 2025, and seeks to abolish the duty for local authorities and other organisations to cooperate on strategic planning matters but doesn’t offer a replacement framework whilst acknowledging the need to plan strategically.

I saw a great comment on Twitter: ‘For a government that’s ideologically averse to planning, there is an awful lot of planning in there.’ A clearer, more efficient, and empowered planning system would benefit every sector. However, we are not convinced that the proposals set out in the white paper will deliver that with more detail and debate needed during this critical consultation period. As the white paper says planning is important, and we need to get the reforms right to help ensure that what is delivered through this process are the high quality, climate resilient new and renewed communities we all aspire to.

>> Building’s analysis of the white paper: The devil will be in the detail of Jenrick’s planning reforms