If there is a role for fracking in UK energy policy, it needs to be founded on research and proper regulation 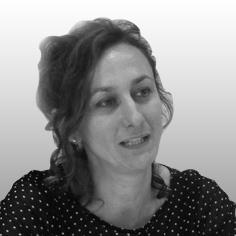 Although it is not yet certain how much shale gas resource can be commercially extracted in the UK, shale gas is already talked about as a potential cornerstone of the UK’s energy policy going forward. In a speech to the Royal Society, the energy secretary vindicated a ‘safe and responsible’ exploration of shale gas and pointed out benefits to the UK economy such increasing energy security, jobs and tax revenues.

Politicians also support the view that exploration of shale gas in the UK will result in a decrease in gas prices, as it has occurred in the USA. Nevertheless, the UK market is very different to that in the States and due to its connectivity with the Western European gas market, the effect of UK shale gas exploration on UK prices is likely to be small and it would mainly displace imported LNG, or piped gas from outside Europe.

Much public opposition has mounted against fracking due to potential health and safety and environmental impacts such as water pollution and increased seismic activity during the life of the operations. These are serious concerns that need to be addressed through more research, implementation of best operating practices and development of tailored guidelines.

Moreover, a wide support for shale gas in the UK could have a detrimental effect on what already is a strenuous battle against climate change. A recent report by the Department of Energy and Climate Change indicates that without a global climate deal, fracking could increase climate change by maintaining the UK’s reliance on fossil fuels. This impact will worsen if fracking wins its place in the UK’s energy mix in the coming decades at the expense of other green policies such as improvement in energy efficiency and increased support to renewables.

There may be a role for fracking to play in the UK energy policy but it needs to be founded on adequate research on environmental and economic impacts and framed within a regulatory context that safeguards exploration and on-going operation as part of a balanced mix of options.