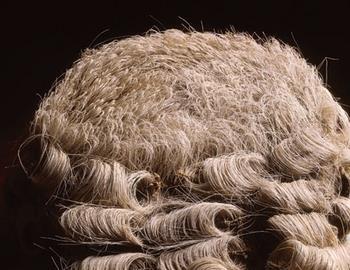 Make no mistake, the Office of Fair Trading and Competition Appeal Tribunal mean business when it comes to the construction sector. So best be aware of the leniency rules …

Recent reports have revealed that more than 50 construction companies have had their offices raided by the Office of Fair Trading (OFT) and that the investigation into bid-rigging in the construction industry is the largest it has ever undertaken.

As further proof of how seriously the OFT is taking breaches of competition regulations it has also closed the door on new applications for leniency in bid-rigging cases because of the extent and quality of the evidence it has. Businesses that are already being investigated will be encouraged to apply for lower levels of leniency on a fast-track basis.

The OFT’s announcement on leniency applications applies to investigations into construction firms in the East Midlands, Yorkshire, Humberside and the surrounding areas for bid-rigging activity up to 31 December 2006.

It doesn’t extend to other anti-competitive behaviour and only applies to housing, commercial and industrial work, and not to highway maintenance, civil engineering or large infrastructure projects.

Bona fide partnering arrangements and framework agreements that bring together complementary skills should be safe from attack. But relabelling an anti-competitive agreement between rivals is only likely to make a bad situation worse. If you are engaged in any bid-rigging, cover pricing or other anti-competitive behaviour, you should stop now. The outlook is increasingly bleak for those that infringe the rules.

The Competition Appeal Tribunal (CAT) has been uncompromising. Almost any direct contact with a competitor now has a high risk of being regarded as an unlawful agreement or concerted practice that will attract the attention of the OFT. Cover bids are completely off limits whether or not they are accompanied by the payment of "bungs".

To illustrate the severity of the approach to fines, consider the case of roofing contractor Makers UK: the CAT upheld the imposition of a fine of £526,500 even though the total value of the one-off contract at the heart of the cartel was £300,000.

What is more astonishing is that if the OFT’s guidelines had been strictly applied, a fine of £6,500 might have been expected, based on turnover. Instead, the OFT and the CAT considered this an insufficient deterrent and added £520,000. The OFT successfully argued that where a business achieves less than 15% of its turnover in a particular market, the OFT will calculating fines as if 15% of its relevant turnover had been achieved on the relevant market.

Another example is Double Quick Supply Line, which was found to be part of the aluminium spacer bars cartel. The cartel lasted 15 days before being discovered by the OFT but the CAT upheld the OFT decision that there should be no lesser penalty because the cartel was discovered at an early stage. The fact that a director of the holding company was directly involved was not only an aggravating factor but entitled the OFT to levy the fine on the turnover of the holding company and not just that of the subsidiary. The fine was £180,000, which was between 10% and 20% of turnover on the relevant UK market but only 1-4% of worldwide turnover.

The OFT is taking an increasingly tough approach in its investigations. Current and past employees of implicated businesses can expect to be interviewed. Forensic science IT techniques will be used to recover documents and emails thought to have been deleted. And mirror images of email servers and word processing programs will be searched.

Practical forward-planning is vital. If you are infringing, you need to work urgently with your lawyers to assess whether you should be applying for leniency. Effective, top-down compliance is essential when procedures are put in place to ensure that competition rules are not being infringed. You should also have a plan for handling on-site investigations, aka dawn raids.

The OFT’s suspicions of the construction sector are well illustrated by a recent case involving Baggeridge Brick. Baggeridge faced a bid from Wienerberger and an application was made under the Enterprise Act that the merger would not result in a substantial lessening of competition. The OFT accepted that there were no unilateral effects but became concerned that an oligopolistic market might emerge, with tacit collusion between the main players.

For those in construction contemplating a merger, you have been warned.

Martin Baker is a partner in Taylor Wessing

For more legal news and analysis, go to www.building.co.uk/legal