​Government and industry must bridge the gap to apprentices

With construction struggling to attract and retain the workers it needs, pressure is mounting to address this skills shortage. Jason Knights of SES Engineering Services wants industry and government to do more to support apprenticeships 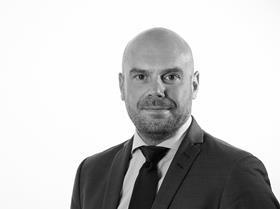 Last week was national apprenticeship week. Several stories extolled the virtues of apprenticeships and rightly celebrated the successes of these people. But alarm bells are ringing. Last year, construction apprentice numbers had fallen by almost half to just 694 starts, according to the Federation of Master Builders (FMB). We urgently need to address the skills shortage in UK construction.

There is a huge gap in our knowledge of the apprenticeship levy, too; a YouGov survey shows more than a third of businesses wrote off the levy as another tax

The government had a target of 3 million new apprenticeship starts between 2015 and 2020. Construction accounts for 36,600 starts a year based on its GDP, but due to a lack of interest from young people in the industry, coupled with a lack of provision by contractors, it’s clear this won’t be met by a considerable margin.

Industry leaders must do more to promote the diversity of the sector to help fill this shortfall, as well as provide more apprentice places once interest has been built. But to do this, we need government to step in and review their approach to apprenticeships across the UK.

The programme is not working as effectively as envisioned. There is a clear need to revamp the model to ensure it serves its purpose and has long-term sustainability. There is a huge gap in our knowledge of the apprenticeship levy, too; a YouGov survey shows more than a third of businesses wrote off the levy as another tax.

This lack of understanding has seen our industry make limited use of the available funds to support new apprenticeships. Figures from the Department for Education (DfE) suggest that just £268 million of the £2.01 billion collected from employers during 2017/18 was spent by levy-paying businesses on apprentices – just over 1% of the funds available.

And further barriers are in place for the majority of apprentice-providing construction firms. Often, these are SMEs who fall well below the £3m wage bill threshold which qualifies them for levy support. In an industry so reliant on small firms in the supply chain, government needs to offer more incentives and support for them to train apprentices – lowering the levy threshold will help with this.

The industry also needs to forge better connections with education providers. Inadequate advice offered by schools, combined with parents passing on old misconceptions that a career in construction mostly involves manual labour, can form ill-advised career discussions with children. Ultimately, this has resulted in the number of young people considering a career in construction falling to its lowest level in four years (48%), according to Redrow.

There are genuine opportunities and success stories of people at all levels progressing up through the industry who started out as an apprentice. Secondary schools should promote apprenticeships and the resulting success stories with the same vigour as they do for university places.

Once we have young people coming into the industry it is important to keep them engaged by investing in detailed training programmes to develop and upskill, helping them learn valuable life-long skills in one of the UK’s biggest industries.

The industry needs a helping hand from a government that has previously highlighted the need to build more housing and infrastructure in the UK. A proactive, collaborative approach from the decision-makers will avoid us losing potential new talent to other industries.