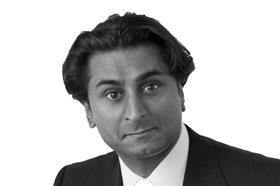 Contractors fatigued of the adage “records, records, records” may feel a sense of symmetry by the Supreme Court judgment in Halliburton Company v Chubb Bermuda Insurance Ltd [2020] UKSC 48 handed down on 27 November 2020, exactly a year after it was heard. The case considered whether and to what extent an arbitrator may accept appointments in multiple references concerning the same or overlapping subject matter with only one common party without thereby giving rise to the appearance of bias.

The Supreme Court unanimously dismissed the appeal and agreed with the Court of Appeal, but for reasons which differ, that as at the date of the hearing to remove the arbitrator, the fair-minded and informed observer would not conclude that circumstances existed that gave rise to justifiable doubts about his impartiality. The Court of Appeal’s ruling had caused the International Chamber of Commerce (ICC), the Chartered Institute of Arbitrators and the London Court of International Arbitration (LCIA) to intervene in the Supreme Court proceedings, with all arguing to varying degrees that the arbitrator ought to have been removed.

The Supreme Court has had the final word and made three fundamental advances in the law more generally on disclosure obligations of arbitrators (and by extension adjudicators) and an important clarification on the timing of the apparent bias test. Put shortly:

The test for apparent bias, namely “whether the fair-minded and informed observer, having considered the facts, would conclude that there was a real possibility that the tribunal was biased” has now been clarified in Halliburton.

The assessment is an objective assessment that has regard to the realities of international arbitration, and custom and practice in the relevant field of arbitration. The more elegant clarification relates to timing: in assessing whether an arbitrator has failed in a duty to make disclosure, the fair-minded and informed observer will have regard to the facts and circumstances as at and from the time the duty to disclose arose; but in assessing whether there is a real possibility that an arbitrator is biased under section 24(1)(a) of the Arbitration Act 1996 (which empowers a court to remove an arbitrator on the ground that circumstances exist that give rise to justifiable doubts as to his or her impartiality) the Supreme Court found that the use of the present tense (“exist”) directs the court to assess the circumstances as they exist at the date of the hearing of the application to remove the arbitrator.

Halliburton vs Chubb is also relevant to statutory adjudication. The Construction Act’s duty on the adjudicator to act impartially will of course readily import the legal duty of disclosure upon adjudicators.

This is not a new issue: For example, in Beumer Group UK Ltd vs Vinci Construction UK Ltd [2016] EWHC 2283 two construction adjudications were heard by the same adjudicator arising from the same underlying dispute, with one party appearing in both. That party advanced mutually inconsistent cases in the two adjudications. All of this was unknown to the other party. Mr Justice Fraser held that the appointment of the common adjudicator and the conduct of that adjudication with all that this involved, in terms of contact and the running of inconsistent cases, without notifying the other party, meant that this was a case of apparent bias.

Problems with bias in adjudication typically arise at enforcement and that process does not involve removal of an adjudicator (which means that section 24(1)(a) of the Arbitration Act 1996 is not directly applicable), so the earlier date (when the duty to disclose arose) will be more relevant. Thus the real battleground, whether in adjudication and arbitration, will be the scope of the information sought by the parties after the initial “high-level” disclosure has been made by the adjudicator or arbitrator. The precise subject matter of the related adjudication(s) or arbitration(s); the identity of counsel and their ‘connection’ to the adjudicator or arbitrator; the law firm; co-arbitrators; and experts in the related matters may now pique interests of parties concerned about impartiality. In practice, the Venn diagram of disclosure, conflicts, bias and challenge to adjudicators’ decisions has now got bigger.