Hansom: All or nothing

While Prince Charles bemoans Western society and the HCA brings back prohibition, one architectural practice is virtually bathing in booze and the World Cup is, frankly, getting out of hand

Prince Charles, addressing a meeting of the Oxford Centre for Islamic Studies last week, suggested that the global construction industry might want to reconnect with its “inner soul”. Faith and religion, he intoned, could hold the key to reversing global environmental crises, not to mention our current financial strife. He went on to accuse modern Western society of prioritising science over “spirit”, and quoted CS Lewis, stating that “sometimes you have to turn the clock back … if it’s telling the wrong time”. One might have thought that after his recent well-publicised spats with the modern architectural fraternity, his Royal Highness would have shied away from controversy. Clearly not …

Bob Neill, the communities minister in charge of the Thames Gateway, made his first public speech on the subject last week. Much to the relief of those present, he told a House of Commons reception that the regeneration would continue under the coalition. However, we think Essex councillor Stephen Castle, another key Gateway figure, got his introduction a bit mixed up. Neill’s fellow Tory said: “Bob is my oldest friend in politics. We’ve fallen up and made out countless times over the years.” Well it’s nice to have close friends in the party - but that close? 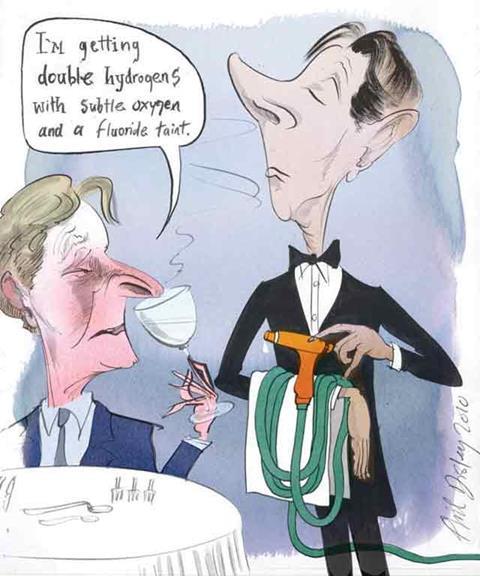 Everyone knows the severe effect the Homes and Communities Agency’s housing freeze is having on housebuilders and housing associations. Mindful of the new era of spending restraint, it appears the HCA has also decided to save the pennies by revising its expenses policy. Apparently, if you’re going for lunch with an HCA employee, they can’t offer you wine. However, if you ask for it they are allowed to buy it for you, but you’ll be drinking it on your own - HCA employees aren’t allowed to drink any themselves. Sounds like a recipe for a very boring lunch. However, given they’ve no money to spend, there’s probably not much point meeting up for lunch in the first place …

Shout, shout, let it all out

A week into the World Cup and some serious contenders are emerging - at least for the dubious title of most opportunistic construction PR moment. The engineers are off to a flying start: hot on the heels of Atkins’ cringeworthy release (see last week’s Hansom) came a missive from WSP, timed to land in inboxes two minutes before the first game started last Friday. It read: “When the World Cup kicks off today, Ian McWilliam, WSP Group’s lead engineer for electronics in South Africa will have his eye on more than just the football. His team has designed and managed the installation of all electronics in the Green Point stadium including 892 smoke detectors, 200 CCTV cameras, 350km of cat 6 copper cabling and 124 PA speakers.” Fascinating.

The timing of the move probably means it just beats a release from Kent’s Summit Steel detailing its involvement in creating “ball man”, a sculpture made from nearly 3,000 footballs and installed in Johannesburg. However, that company’s PR representative probably won’t mind - she appears to have added a South African contact number to her address for the World Cup - it is presumably absolutely necessary for her to be close at hand to publicise the firm’s achievement …

To a golden future

There’s no doubt that last week’s party to celebrate the 21st birthday of Allford Hall Monaghan Morris was the social engagement of the week. The architect hired out the whole of the Saatchi Gallery on the King’s Road in west London, and filled it with more than 600 guests and lots of champagne. Now we know 21st birthdays don’t come along very often, but even so, it all felt wonderfully pre-credit crunch. They always say architects feel the effect of an upturn or downturn first in the construction process - could this be a sign?

And finally, if you think you’ve got more skill on the football pitch than England showed against the USA last week in South Africa, we’d love to hear from you. We’re asking people to film their soccer skills (on an iPhone or similar) and send us a clip. All you have to do is upload the video to YouTube.com and email us the link at buildingweb@ubm.com. The prize is really top-notch tickets for a football match. Come and have a go if you think you’re good enough …