Harassment: Be a responsible boss

If employees are found committing harassment, employers could find themselves liable without taking the right steps to prevent it 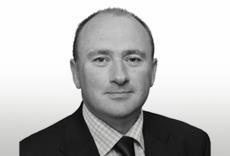 Rightly or wrongly, there is a general perception that the construction industry may have failed to embrace equality and diversity in the workplace. While there has been some progress in recent years in eradicating this perception and in removing barriers to employment for both women and ethnic minorities in the industry, tackling discrimination remains a key issue in the construction environment.

According to the results of the Ucatt survey into the harassment of women in the construction industry which were released earlier this year, 51% of the women surveyed believed that they were treated unfairly at work because of their gender.

Given the significant consequences of being found guilty of discrimination (a potentially unlimited compensation award, the costly reputational damage and even being prevented from tendering for public sector projects), businesses need to ensure that compliance with the anti-discrimination legislation (the key piece of which is the Equality Act 2010) remains high on the agenda.

However, it is not as simple as ensuring that no employee, subcontractor or agency worker is treated less favourably due to a protected characteristic (i.e. age, gender reassignment, marital status, pregnancy and maternity, race, sex, sexual orientation, religion and belief). Businesses could unwittingly find themselves liable for one of the most common forms of discrimination on a building site - the harassment of an employee or worker.

Harassment occurs where someone is subjected to unwanted conduct, related to a protected characteristic, which has the purpose or effect of violating that worker’s dignity, or creating an offensive, intimidating, hostile or degrading environment. What might be intended as harmless banter may amount to harassment if the individual on the receiving end finds the behaviour offensive or feels that their dignity has been violated.

For example, any of the following could be racial harassment:

However there is a defence available for employers in relation to harassment committed by employees. If an employer can demonstrate that it has taken all reasonable steps to prevent harassment occurring in the workplace it will not be found liable for discrimination. The starting point is an equality and diversity policy. The policy should make clear what is unacceptable behaviour, and that breaches of the policy may lead to disciplinary action up to and including dismissal.

Employers need to ensure that employees are made aware of and are trained on the policy. Managers also need to be trained on implementing and enforcing the policy. The policy should be reviewed annually and refresher training should be given to all employees as necessary.

If an employee makes a complaint or raises a grievance that they have been discriminated against, it must be dealt with quickly, consistently and fairly. This will require a thorough investigation of the matter and, if necessary, disciplinary action being taken against the offender. It may also require the termination of an engagement with a sub-contractor or agency worker if they were responsible for the problem.

If ‘harmless banter’ is harassment, it will not be a laughing matter.