Hey, big spender: getting cash from the European Investment Bank 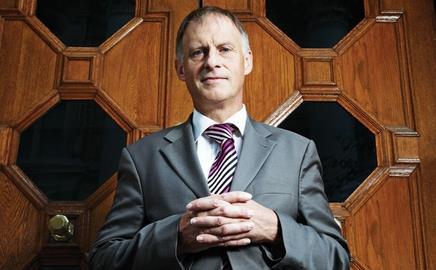 When Crossrail landed a cool £1bn loan from the European Investment Bank last month, it provoked a surge of interest from other businesses. Joey Gardiner looks at what chance they have of getting eurofinance

For a banker with billions of euros to lend to UK businesses burning a hole in his pocket, Simon Brooks doesn’t fit the stereotype of the high-powered, high-finance, world of pin-stripes and big bonuses. In scuffed shoes and psychedelic tie, he strikes you as more bookish civil servant than one of Tom Wolfe’s masters of the universe. But then the European Investment Bank (EIB) is no ordinary bank.

And these, in case you hadn’t noticed, are no ordinary times. For if, in the boom years, you wouldn’t have looked to a bureaucrat within a faceless offshoot of the EU to save your business, the game is very different now. An ordinary banker, in his pin-stripe, probably wouldn’t have found £1bn last month to bail out Crossrail. Or £109m to rescue the 2,800-home Olympic village scheme. But the EIB has done just that. In fact, it’s been involved in nearly every really significant scheme to get off the ground in this country in the past year. In total, the EIB has spent €22bn on UK projects in the past five years (€5bn this year alone) supporting everything from upgrading the water industry’s infrastructure, to academy schools and large-scale renewable energy schemes.

As vice-president of the bank, Brooks is responsible for where that money goes, and has just been given more of it to spend – or lend, to be more accurate – and been told to take a riskier position to help counter the effects of recession. Emanating from a non-profit institution, EIB money is pretty much the cheapest you’ll get anywhere. And one more thing: the EIB is itself a pretty mean construction client, having just won a RIBA award for its office building in Luxembourg, of which Brooks is clearly proud. “It’s not only a very pretty building,” he says, “but it’s 40% better in terms of energy use than our previous building.”

All in all, a developer’s dream. So how can the EIB act in this way, when all other banks have drawn in their horns? And how might you go about getting a chunk of its money? The answers are linked. The EIB was set up just over 50 years ago in the Treaty of Rome, which inaugurated the European Economic Community (EEC), as the EU was known in its infancy. It raises money through issuing bonds on the capital markets leveraged against a €232bn guarantee from all member countries. Britain became part of it when it joined the EEC in 1973. It is not allowed to fund projects in their entirety, and typically provides half the debt for a scheme, alongside commercial lenders. As well as funding megaprojects, it also partners with commercial banks to provide cheap funding for small businesses, particularly in regeneration areas. The catch is that it will only invest in schemes that it sees as fitting with any of a number of key objectives of the EU, which means they have to promote social cohesion, energy, transport, small business, economic innovation and environmental sustainability.

And if Brooks comes across like a bookish civil servant, that’s probably because that’s what he is. He came to the bank after years at the Treasury, where he headed macroeconomic policy, and in the nineties was one of the team advising the Major government on the 1992 Maastricht Treaty, which led to the setting up of the EU and the euro. All of which is combined with a keen interest in marathon running.

His response to the credit crunch has been for the bank to work doubly hard to fill the gap left by commercial lenders. Hence the loan to the athletes village, a scheme that was probably the most public victim of the recession. The bank’s governors, who are the finance ministers of the member states, have given it permission to lend 31% more this year than last, and 33% more again in 2010, before retrenching slightly in 2011. That means £195bn in total between now and 2011. It’s all part of a Europe-wide economic recovery plan.

We’re not the fire brigade. We sometimes have to remind potential borrowers that the money comes as a loan, not a grant

Brooks says: “We agreed with our governors as part of our response to the financial crisis that we’d step up our lending this year. We will certainly meet our commitments to alleviating the crisis by continuing to lend when some other financial institutions have over the year drawn back. We’re not only keeping going, we’re pushing forward.”

If this all sounds a bit too good to be true, Brooks warns against seeing the bank as some kind of rescue vehicle for distressed developments. “We’re not the fire brigade,” he says, adding that he sometimes has to remind potential borrowers that the money comes as a loan, not a grant, and the EIB expects it to be repaid. And although it may be about to take on slightly more risk, it is still a pretty conservative lender: borrowers’ schemes are subjected to a rigorous technical appraisal as well as a financial one, as often the eligibility of the money comes down to being able to promise an environmental or social benefit.

However, Brooks plays down the biggest fear many had when they saw the size of the Crossrail loan: that, having spent £1bn in one go, there wasn’t any money left in the pot for other UK schemes. “No, it doesn’t mean there isn’t that much capacity for lending in the UK. It is a big loan for the EIB, and clearly that skews the calendar year figures in which it relates. But we will continue to consider the projects on their merits as they come forward.”

If you want to be considered for a loan, he says, just pick up the phone to the London office or send an email – there’s no official application form. Those that best fit the EU’s objectives are most likely to get cash. But be prepared to wait. “We’re reasonably cheap, so we always have a queue of potential borrowers.” If there is a delay, he says, it’s simply because of how many projects are in the queue, not because the bank is inefficient – he rejects the charge levelled by some that it is bureaucratic.

Brooks is tight-lipped on what is next for the bank. In principal, he says, there is no reason why Crossrail, Building Schools for Future or other Olympic legacy developments should not be in line for more EIB funding, but there is no imminent announcement due. The bank has said it is preparing to lend a further £1bn to the London Array, the 1,000MW, £3bn development of offshore wind farms planned in the Thames Estuary, but Brooks will say only that he is “optimistic” the deal will be signed. The bank has been experimenting for some time with providing equity financing for schemes, mostly on a small scale through an initiative called “Jessica” (joint European support for sustainable investment in city areas), but it is working out if it can do more of this, particularly in infrastructure.

The EIB might not be the answer to all your dreams, but its role has been vital in keeping the construction sector ticking over. Brooks, who has two more years to his tenure at the bank, is still the man with the money, pin-stripe or not.

Simon Brooks will be a speaker at the Thames Gateway Forum. For more information, go to www.thamesgatewayforum.com.