High stakes: Party policies on cladding and fire safety in the general election 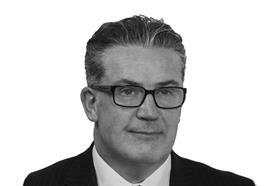 Two and a half years on from the Grenfell Tower fire disaster cladding and fire safety remain important concerns among the general public – concerns which have once again moved to the fore following the fire of a clad student accommodation building in Bolton.

Fire safety naturally remains a highly emotive and sensitive issue, one which both of the main two political parties are looking to address and provide reassurance on in the upcoming general election.

Indeed, fire safety is more present in this election (notably in policy terms) than it has been for generations.

The Conservative Party has looked to address the issues raised by the Grenfell Tower fire in broad terms, including:

In addition, Mr Johnson indicated last week during a radio interview that he would carry out a ‘top-to-bottom’ review of any cladding that ‘in his view were also inadequate’. While this statement was no doubt made to provide assurances to voters, it is unclear what form that review would take and whether it would result in changes to building regulation and construction industry practices.

The opposition party also hopes to accelerate the pace of recladding on private tower blocks, notably through its ‘five-point plan’, which was announced in June 2019 and recently re-stated. This plan proposes to:

While the Labour Party’s policies are more detailed, both parties’ plans will require a large amount of funding as well as political and legislative time. Given the uncertainty around Brexit and the space this is occupying in terms of political headspace and on the legislative agenda, it may well be likely that whichever party wins the election will see their plans for fire safety delayed for some time before concrete plans can be implemented.