The housing crisis isn’t about land supply; it’s about affordability and quality. Let’s stop treating homes as assets and remember they’re places for people to live 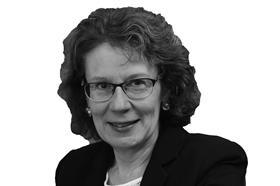 The archaic language of Theresa May telling housebuilders to “do their duty” says so much more than the actual words. It demonstrates an almost otherworldliness – she understands there is a problem, but can’t really accept that the solution to the problem requires radical government action. Her language also shows how little control the government is prepared to exert on the supply side of the housing market. Why pick on housebuilders when there are far more morally repugnant businesses out there – all with the primary objective of delivering sustainable returns to their shareholders?

We all know that housing is complex and is not a single market. Even within individual cities there are vastly different housing issues, and the issues of London and the South-east are so different from those of other parts of the UK that talking about them in the same sentence diminishes the depth of the issue in either.

However, the crisis is, largely manmade (quite possibly womanmade) and is largely a political, not a construction, issue. Perhaps this was recognised by the government when it commissioned Oliver Letwin to chair the review to “seek to explain the significant gap between housing completions and the amount of land allocated or permissioned” and make recommendations aiming to increase housing supply and see “over the long term house prices rise slower than earnings”.

The answer to the build-rate conundrum is really simple, but would be politically daring. The fact of the matter is that the housing market is massively overvalued

Surely this is another example of wanting to keep the cake and eat it? The first objective is obviously sound but the second one has a disturbing sub-message. What it says to me is that all of us who are fortunate enough to already own properties can take out windfall profits, while following generations will not only see the highest ratio of house prices and rental costs to incomes since records were kept, but will also, if they purchase, actually see their assets decline in real value over the life of their ownership. Baby-boomers, who have already had the benefits of shorter working lives, higher life expectancies, better pensions, free university education and the right to buy their council houses, remain the primary group considered in current housing policy. The Letwin review produced an interim statement on 9 March, which had some good analysis but no recommendations.

There are some pretty stark figures out there:  the number of people sleeping on the streets has doubled in the last five years, vulnerable households are again being housed in bed and breakfast accommodation, overcrowding is rife, complaints about poor-quality private rented housing and unscrupulous landlords are rising.

My mission at the CLC is to redefine value to take in much wider outcomes – such as meeting the needs of the end-user, quality, whole-life performance and environmental impact – rather than simply concentrating on cost to build. My section of work is across the whole construction sector, not just housing, but it is very pertinent to housing. The primary issues for those seeking a home are the right home, in the right place, at the right price – whether that’s in the rented or owner-occupier sector.

So far as the Letwin review is concerned, the answer to the build-rate conundrum is really simple, but would be politically daring. The fact of the matter is that the housing market is massively overvalued. Land supply is not the issue; affordability and quality are the issues. As Building editor-in-chief Tom Broughton wrote a couple of weeks ago in these pages, the review confirms what many of us already knew: private developers will release units for sale at the optimum rate to get maximum returns without saturating their own markets. Unless the development profit is taken out of the equation, this is unlikely to be resolved in the short term.

But there are solutions to this. Homes England (HE) could take on development risk (without the development profit); the money ring-fenced for the Help to Buy scheme could be reallocated to subsidise the build/land cost, rather than the purchase price; HE could be allowed to sell public land at less than “market value” provided that this discount is then ring-fenced into the value of the property in perpetuity – and so forth.

The housing charity Shelter has recently launched its New Civic Housebuilding proposal, which sets out six simple steps that would go a very long way to remedy the current situation:

There are some great examples of local authorities showing real leadership in this area: at Rider Levett Bucknall we have supported councils that are acting as both a developer and a catalyst for ethical affordable housing and regeneration.

So, Mrs May, let Homes England flex its muscles, use the land it already has, and compulsory purchase powers where necessary, to assemble decent-sized sites and flood overheated markets with well-designed, high-quality, socially inclusive, energy-efficient, affordable mixed tenure housing. Designed and procured at a regional or even national level, this would give economies of scale, promote quality and innovation, and return housing to being a place to live rather than an asset to appreciate.