How to make the most of the Apprenticeship Levy

Despite its problems, the levy can be a useful tool for employers in the construction industry 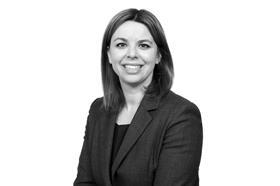 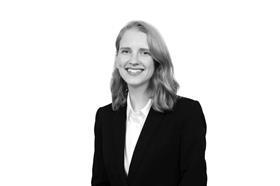 The Apprenticeship Levy hasn’t achieved what people hoped. The scheme was introduced in April 2017 with the aim of boosting productivity and creating three million apprenticeships by 2020 in sectors such as construction and engineering. So far, the number of individuals starting apprenticeships has, in fact, decreased. Only 132,000 people started apprenticeships in the 2018/19 academic year – although this is a 15% increase on 2017/18, it is still 15% lower than pre-levy starts, the Office for National Statistics reported in January.

Emplouyers should not be discouraged from using levy funds

This will be disappointing but unsurprising to many in the construction industry. It has received widespread criticism over the complexity of the process, a lack of clarity/guidance, limited choice of apprenticeships and the perception that is simply another tax on bosses. The government announced some reforms last year, generally received positively, but many argued they did not go far enough. However, employers should not be discouraged from using levy funds – as the skills shortage worsens, they need to make the most of the scheme now more than ever.

How does the levy work?

The levy requires employers with an annual wage bill of more than £3m to pay 0.5% of the company’s annual wage bill into the levy “pot”, which is used to cover the cost of approved training. Each employer that has paid has an annual allowance of £15,000, which can be accessed through a digital account.

The UK government introduced the Levy to encourage employers to increase the number of apprenticeships, address the skills shortage and develop a talent pipeline. Instead, the Levy continues to receive widespread criticism, particularly:

These failings have no doubt contributed to the reduction in the number of new apprentices and the poor uptake in employers using their Levy funds. Indeed, the Open University reported earlier this year that, on the second anniversary of the introduction of the Levy, £3 billion of Levy funds remain untouched in employers’ digital accounts.

The complexity of the Levy also seems to have affected employers’ engagement with the scheme. A report published by the Office of National Statistics in January 2019 confirmed that the uptake of the Levy’s intended benefits has been underwhelming – only 132,000 people started apprenticeships in the 2018/19 academic year. Although this represents a 15.4% increase on the figures for 2017/18, it is still 15.2% lower than pre-Levy levels.

Getting the most out of the levy

To maximise the benefits of the scheme, employers can:

Despite its problems, the levy can be a useful tool for employers in the construction industry. More reform from the government is likely on the way, but, in the meantime, employers should review their apprenticeship funds to help bolster their workforce in the face of Brexit-induced skills shortages.