How to manage the risks of using a letter of intent

Sometimes using a letter of intent is unavoidable, but there are ways of managing the risks involved that should keep parties out of trouble before a contract is signed 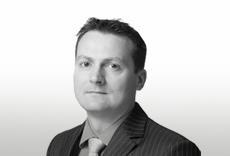 The use of letters of intent is often criticised. Only a few weeks ago Ann Minogue called for the construction industry to learn its lesson from the recent case of Ampleforth Abbey Trust vs Turner & Townsend Project Management Ltd and stop using letters of intent “however close to agreement the parties are and however desperate the employer is to proceed” (31 August, p44).

I entirely agree with Ann’s sentiments. However, I fear the reality is that in some cases, letters of intent are unavoidable. This is particularly so for developments driven by an immovable completion date which, if it is to be achieved, require the procuring of materials, preparation of the site and even the building works themselves to commence before the formal contracts are agreed. Student accommodation schemes are a classic example, where the need to complete works for the start of an academic year often leads to a letter of intent at the outset. This was the position in the Ampleforth case, a decision which we will all now be familiar with.

Don’t call it a letter of intent. The term is misleading. The one paragraph most of these letters can do without is the opening one referring to what is intended in the future

It is worth noting that in this case, the advice of Turner & Townsend to commence works under a letter of intent was not actually criticised. Indeed, the judge acknowledged that it was “at best a necessary evil”. Turner & Townsend’s mistake was in not understanding the effect of the letter of intent, and not properly project managing the closing out of the pre-contract issues.

The reality is that letters of intent are here to stay. Once the decision is taken to use a letter of intent, it becomes a matter of risk management. These are the rules that I would always advise the parties to stick to in managing those risks:

a. An agreed scope of the works to be carried out under the letter
b. the maximum amount to be paid for those works
c. the right to terminate the letter on notice without liability for loss of profit.

As soon as a letter of intent is issued, both parties are at risk. The key is to understand and manage those risks, ideally to ensure that a building contract is entered into as soon as possible.